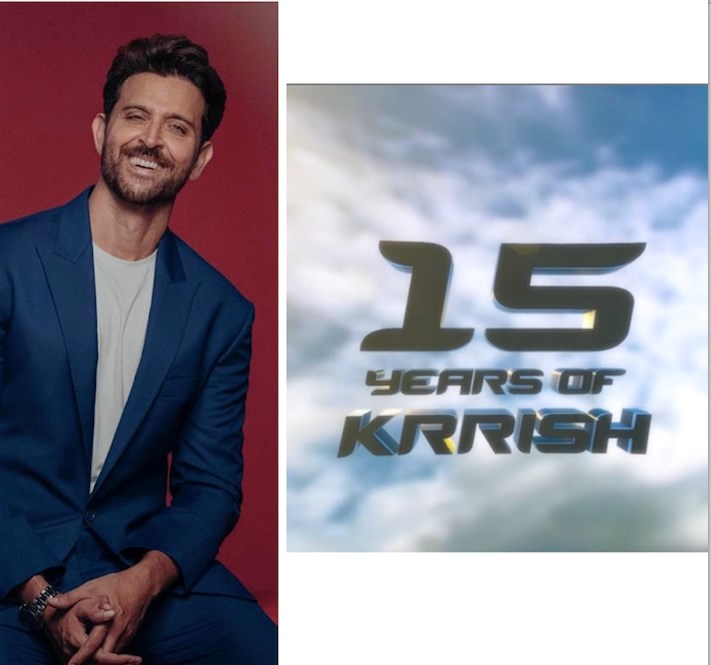 We all love superhero films. Our own Bollywood Superhero Krrish is now 15 years old. Rakesh Roshan gave us a character Krrish fifteen years back in 2006 which is till date everyone’s favourite.

On completion of 15 years of the release of the film ‘Krrish’, our superhero Hrithik Roshan gave his fans a big surprise and confirmed Krrish 4.

He took to his social media and made the announcement with a video and wrote, “The past is done. Let’s see what the future brings.#15yearsofKrrish #Krrish4.” In the video we can see Hrithik’s superhero avatar Krrish tossing off his face mask.

Film ‘Koi.. Mil Gaya’ released in 2003 laid the foundation to this Superhero Franchise where Rohit Mehra gets superhuman abilities after befriending an alien. In the film ‘Krrish’ released in 2006 ,his powers are inherited by his son Krishna who assumes the identity of the titular hero in the mask. Hrithik Roshan played the triple characters of Rohit, Krishna and Krrish in the film. This film was followed by Krrish 3 which was released in 2013.

The franchise is directed, produced and written by Rakesh Roshan. It is India’s first such series. The fans were waiting for Krrish 4 since a long time and finally looks like their wait is going to get over soon!

Well, we all are now awaiting more details on the film. Can’t wait to watch our SuperHero Krrish back on the big screen!