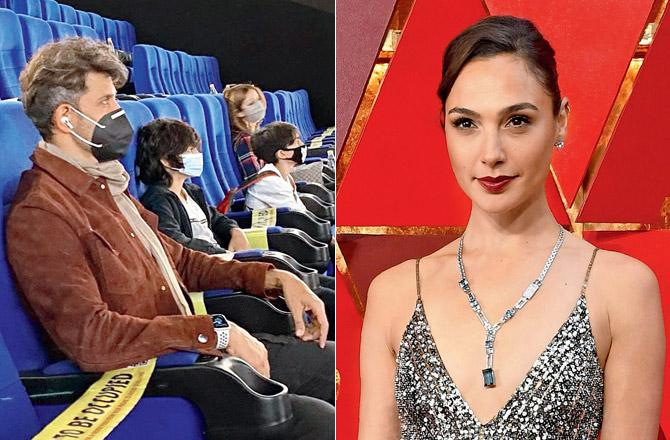 Hrithik Roshan received a special Christmas gift. On Thursday, Gal Gadot thanked him for watching her latest release, Wonder Woman 1984. The Hollywood star posted, “So glad you enjoyed the movie. Wishing you and yours a happy holiday.”

So glad you enjoyed the movie @iHrithik! Wishing you and yours a happy holiday.

Earlier, Roshan, along with ex-wife Sussanne Khan, and children, Hrehaan and Hridhaan, attended a screening of the superhero feature. This was the first time Duggu was stepping out to watch a film in the new normal. He shared a picture while watching the film with his family.

He wrote, “It was an exhilarating experience. My childhood crush (Wonder Woman) and my first love (movies) together with the IMAX experience. Doesn’t get any better than this.”

Gadot reprises her role of Diana Prince and her superhero alter ego, Wonder Woman, in Wonder Woman 1984, the sequel to the 2017 hit. The Warner Bros movie opened in Indian theatres on Thursday in English, Hindi, Tamil and Telugu.