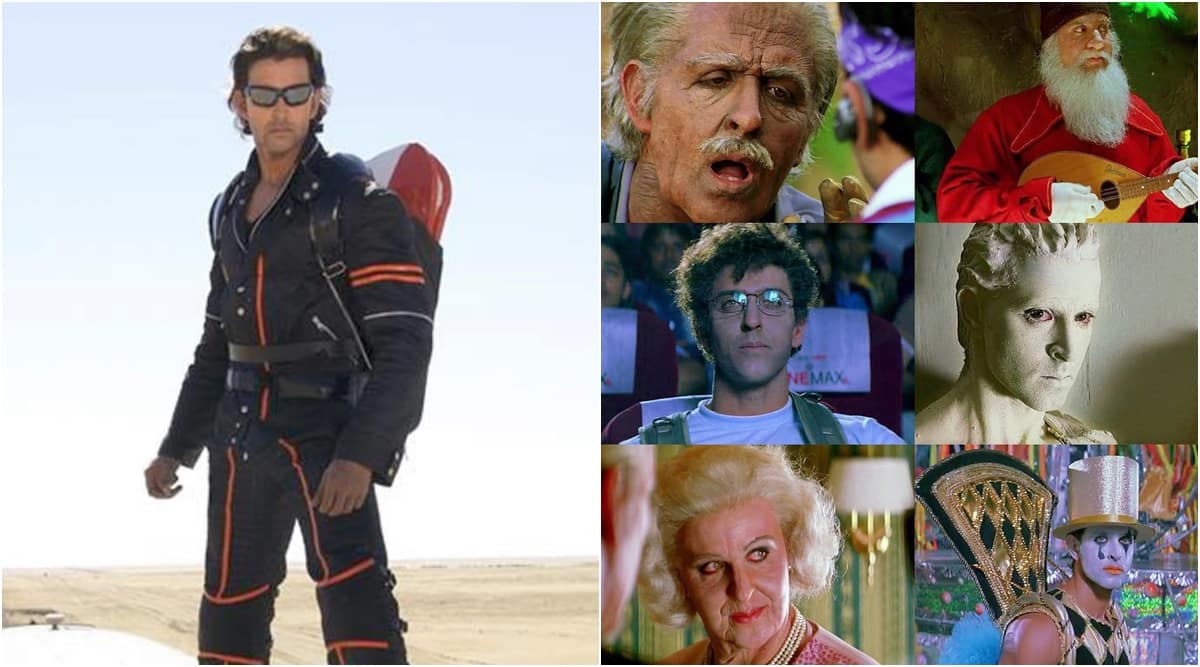 Hrithik Roshan says his 2006 blockbuster Dhoom 2 was his “induction into the school of how to be sexy.” The actor, in an Instagram post, recalled how he got into the skin of Mr A aka Aryan, the stylish thief in the movie, and his inspiration behind playing the “master of disguise” in the action-thriller.

Hrithik took to Instagram and shared his various looks from the film. Thanking his stylist Anaita Shroff Adajania for designing his look, Hrithik wrote, “Dhoom 2 was my induction into the school of how to be sexy. Something I had to be taught hands on by our fabulous Anaita. Aryan was a side of me I didn’t know existed. I remember breathing and meditating many times a day to find that composure which I could envision Aryan having but had no idea how to produce. I was inspired by 3 actors for this role. Bruce Willis , Pierce Brosnan and Mr Bachchan for his pauses. I kinda threw them into a mixer and out came Aryan. I think a bit of Aryan will live on forever inside me. And it had the best cast of friends ever!”

Speaking about Hrithik and Aishwarya’s characters, screenplay writer Vijay Krishna Acharya said, “Aryan is actually a collector. Curiously enough, his arc is that finally through his theft, what he finally manages to steal, is somebody else’s heart and that ends his life of crime. So, in a very unsaid way, there was a kind of redemption to his character and I think both Hrithik and Aishwarya came into the film and in those characters in a very exciting manner. What Hrithik did to his role, I have to say, was really, really special.”

One of Dhoom 2’s high points was its music and choreography. Music composer Pritam recalled composing for the movie. “I remember, while making the scratch of Dhoom Machale for Dhoom 2, I went to Four Bungalows (Mumbai suburb) and visited all the shops around Andheri and bought biscuit tins, different kinds of vessels which make sound, made a huge stock of cans and we created the track out of that sound. The Dhoom theme was made out of car honks and Dhoom 2’s entire percussion was made out of trash cans! It was crazy and fun. My favourite song from Dhoom 2 is Crazy Kiya Re,” he shared.

Choreographer Shiamak Dawar added, “Being probably the coolest dancers ever, it wasn’t very difficult for me to make Aishwarya and Hrithik look cool. I was very proud of them because when they both came in together, it was electrifying. I’m very grateful that people find it like a benchmark in the industry for dance.”