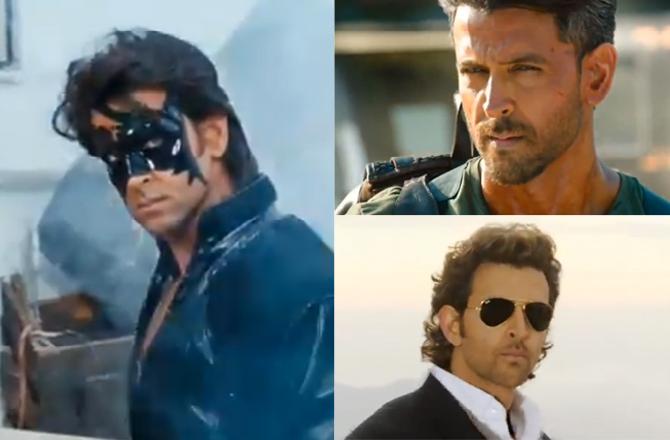 Fan-clubs of Bollywood actors can be very innovative and imaginative in their craft. A similar imagination was displayed by Hrithik Roshan’s fan-club on Twitter. The actor, who displayed his knack for effortless action and someone whose persona has always dripped with swag and smirk in films like War, Bang Bang, Dhoom 2, and Krrish, was in for a surprise.

The fan-club in question compiled some of his action scenes and edited it crisply by adding the instrumental tune of his Agneepath’s song Chikni Chameli. The result couldn’t help but leave the actor amused. Have a look at the video right here:

And this is what he had to say after seeing it:

The actor completed two decades in the Hindi film industry this year. Arguably one of the biggest and greatest debuts of all time, he became an overnight sensation and success story with the staggering Kaho Naa… Pyaar Hai. And then went on to do films like Fiza, Mission Kashmir, Koi… Mil Gaya, Lakshya, Dhoom 2, Jodha Akbar, Guzaarish, Zindagi Na Milegi Dobara, Agneepath, Super 30, and War.

Almost eight months after he signed on American talent management company Gersh Agency to represent him internationally, Hrithik Roshan is now working towards making Hollywood his next stop. It is heard that the actor, who is in talks to play the parallel lead of a spy in a Hollywood action thriller, recently recorded his audition. The multi-million dollar film is backed by a reputed production house, but details regarding the director and the story are being kept under wraps.

Though auditions usually take place at the studios in the US, Roshan taped his scene at his Juhu home, given the pandemic. “As is customary in Los Angeles, Hrithik’s team was given details of his role in the movie and the scenes that he had to tape. He sent his audition to the studio two weeks ago. The discussion is at a nascent stage. If all goes well, the actor will kick off the project after completing the shoot of Krrish 4,” revealed a source.

Also Read: For The Kids! Hrithik Roshan To Be A Part Of The Music Show Taare Zameen Par