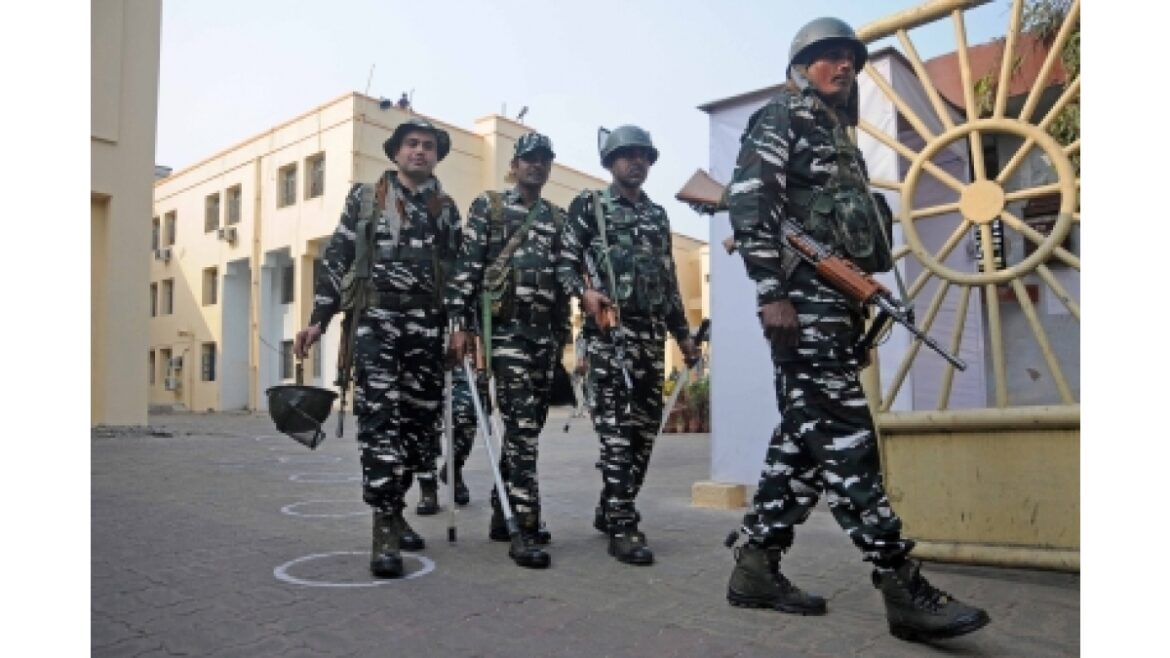 There are 89 companies already stationed in South 24 Parganas which pushes up the number of forces to 707, the highest deployment in this election so far.

In the third phase, 31 Assembly constituencies spread across the three districts of South 24 Parganas, Howrah and Hooghly will go to the polls.

Among the three districts, South 24 Parganas divided into three police districts — Baruipur, Diamond Harbour and Sundarban — has the highest deployment of with 396 companies of central paramilitary forces for its 5,544 booths with a concentration of approximately 5.1 personnel per booth.

According to ECI sources, of the 396 companies, 151 have been deployed in Baruipur, 113 in Diamond Harbour and 132 in Sundarban.

The Commission has already sent of which 21 and 68 companies to Baruipur PD and Sundarban PD respectively for maintaining pre-poll law and order.

The rest of the forces will reach on or before April 4.

“Keeping in mind the attack on BJP President J P Nadda in Diamond Harbour last December, the Commission didn’t want to rely on the state police force and has made the maximum deployment so that no untoward incident happens during the election. The state force will be used mainly to manage the outer ring of the premises and maintain the law and order of the area. The 100-metre security ring in and around the booths will be managed by the central forces,” a senior ECI official said.

In Hooghly and Howrah, there are a total of 5,120 polling booths for which the Commission has allotted 298 companies.

Additionally, another 11 companies of central forces have been sanctioned for Howrah Police Commissionerate area and four for Kolkata to maintain law-and-order situation.

These two areas will vote in the later phases.

According to the ECI sources, there are presently 800 companies of central forces in the state and another 200 will arrive after April 8 taking the total count of forces to 1,000, the highest number of forces deployed in any kind of election in the state so far.

In the first phase where 30 assembly constituencies including some LWE affected constituencies went to the polls, 684 companies of central forces were used.

In the second phase where Chief Minister Mamata Banerjee contested from Nandigram, 636 companies of central forces were deployed.