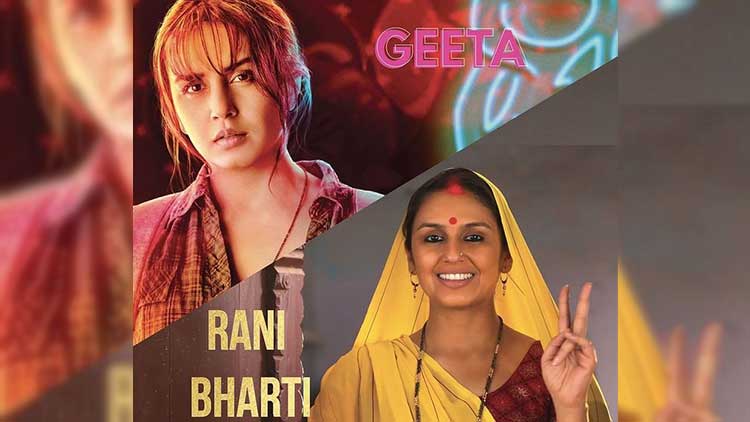 Huma Qureshi is on a roll these days! Her Hollywood film ‘Army of the dead’ has just released on Netflix and her show ‘Maharani’ is all set to premiere tomorrow 28 May on Sony LIV. The actress has shared two of her characters who are very close to her.

Sharing a photo of Geeta and Rani Bharti, she wrote,”Namaste!! Two characters both so close to my heart. Kaisa lag raha hai? #geeta #maharani #ranibharti #netflix #sonylive Love being an actor.”

While she plays the role of Geeta in the film Army of the dead who is a refugee and a single mother, she will be seen portraying the role of Rani Bharti in Maharani who becomes the Chief Minister of Bihar. Both the characters are totally different from each other and showcases her versatility as an actor.

‘Army of the Dead’ is an American zombie heist film which is directed by Zack Snyder. The plot follows a group of mercenaries who plan a Las Vegas casino heist amid a zombie apocalypse. The film released on Netflix on May 21.

While, Maharani is a political multi session series which is inspired from what happened in Bihar in the 1990’s when Lalu Prasad Yadav  made his homemaker wife Rabri Devi his successor. The show stars Huma as the main protagonist and also features Sohum Shah, Amit Sial, Inaamulhaq and Vineet Kumar. It will stream on Sony Liv from 28 May, 2021.

Post this, she will be seen in Akshay Kumar’s spy thriller ‘Bell Bottom’ which is directed by Ranjit M Tewari. She also has a Tamil action thriller ‘Valimai’ directed by H. Vinoth in her kitty which is still in the post-production process.

Back to Top
Close Add post
X
Will Release Major When Times Get Better Says Saiee Manjrekar…EntertainmentDiva Saiee Manjrekar starrer ‘Major’ based on the heroics of Major Sandeep Unnikrishnan, has been postponed due to second wave. The film was scheduled…

Huma Qureshi shares two of her characters close to her heart