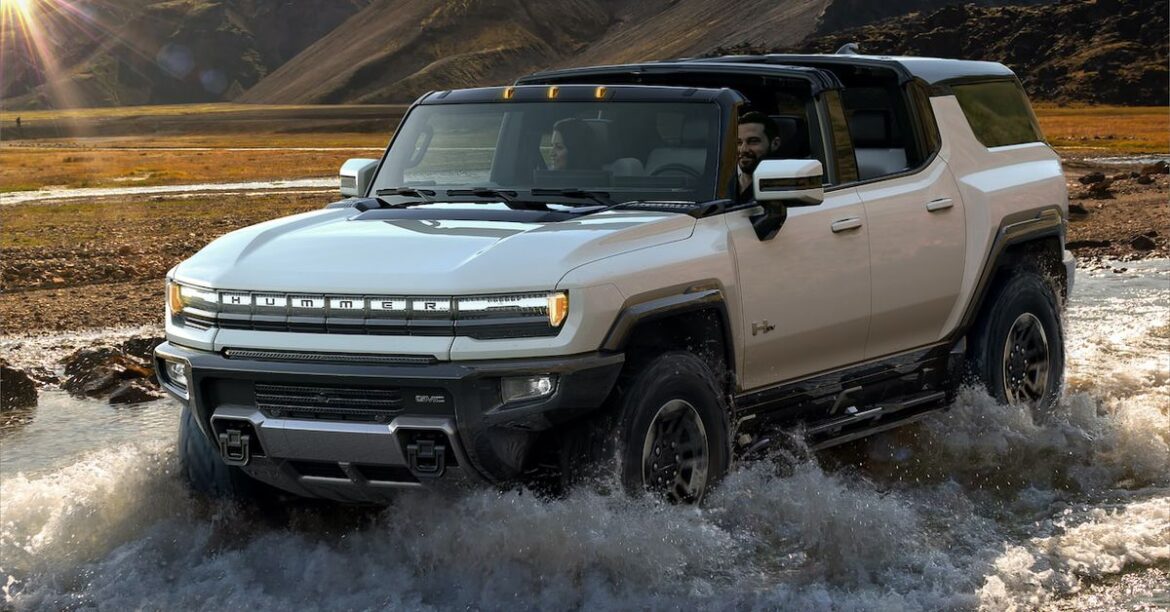 Hummer has unveiled the SUV version of its electric pickup truck, which comes with up to 300 miles of range and will sell for a suggested retail price of up to $110,595 for its first edition. Reservations for that model are already full, according to GM’s website.

GM, which is producing the electric Hummers under its GMC brand, said the SUV will go into production starting early 2023, with less pricey variants starting at $90,000 in the spring of 2023 and a low-end $80,000 variant with a 250-mile range in the spring of 2024. Previously, the company said that its electric pickup truck will start assembly at the end of 2021, starting with the most expensive trim level.

Like the pickup, the SUV’s $90K-and-up trim levels come with Crab Walk, which can let the Hummer rotate all four wheels to drive diagonally at low speeds, and Extract Mode, which can use the air suspension system to lift the entire vehicle six inches off the ground to get over large obstacles. It’s also got the same 13.4-inch touchscreen center console display, and 12.3-inch digital instrument cluster.

GM retired the Hummer brand in 2010. At the time, the boxy behemoth had become a symbol for pre-financial-crisis excess that was made famous by its inclusion in rap videos and television shows like The Sopranos and Entourage. But once the global recession hit, and fuel prices stared to rise, Hummer sales dropped and the vehicle was discontinued.

Last year, the company announced it was reviving the nameplate as an outrageous, 1,000 horsepower battery-powered pickup truck that can raise and lower its suspension six inches and even drive diagonally. The Hummer is a cornerstone of GM’s $27 billion push into EVs that will include the release of 30 new vehicles by 2025.

Both Hummers will be among the first vehicles built on GM’s new modular electric battery platform, Ultium, which the company says will deliver power ranging from 50 to 200 kWh, allowing for a driving range up to “400 miles or more.” For trucks, the Ultium platform will include 800-volt battery packs and 350 kW fast-charging capability, equivalent to a 100-mile charge in 10 minutes according to GM; for the SUV, fast charging is limited to 300 kW, and with 170 fewer horsepower at top spec, you’re also looking at 3.5 seconds to go from 0-60, rather than a flat 3.0 seconds.