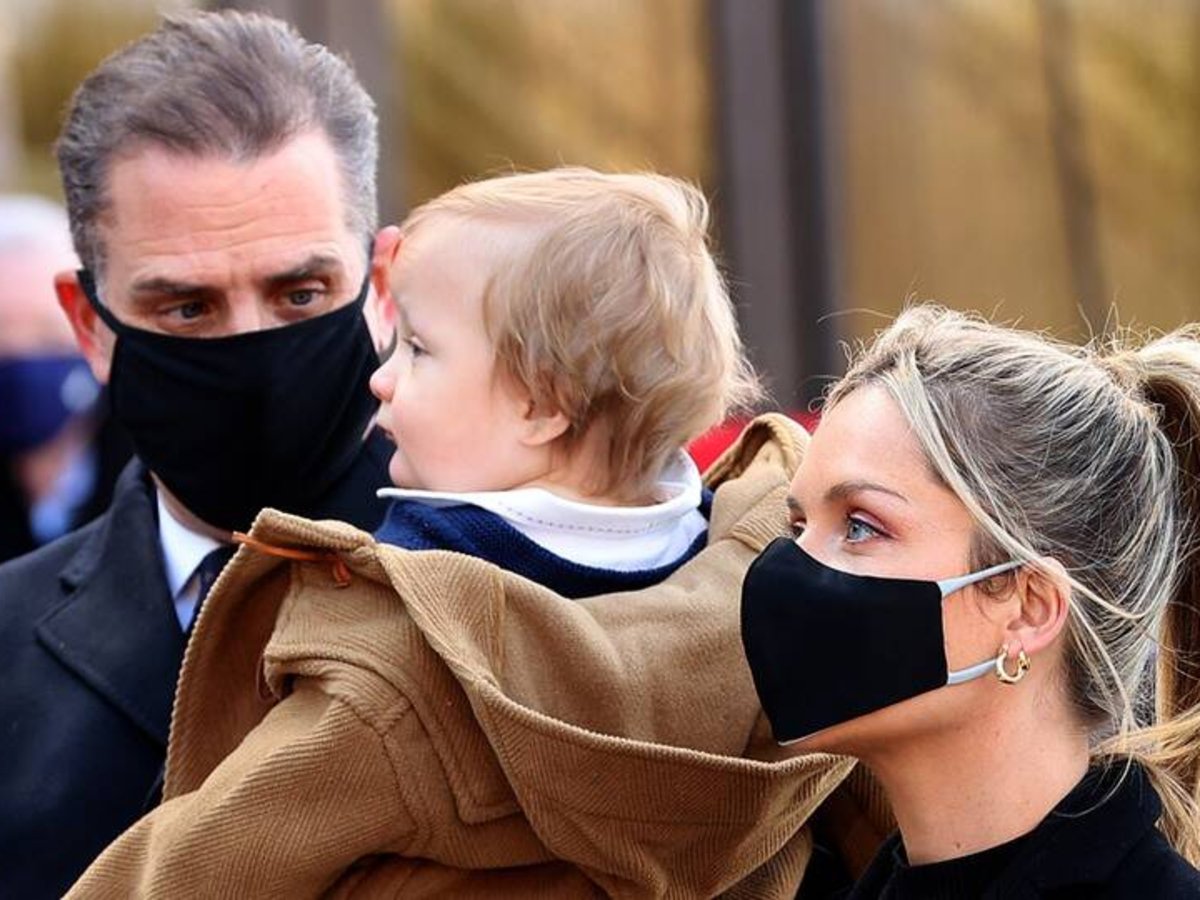 Hunter Biden and his wife of one year Melissa Cohen attended his father’s presidential inauguration and the public got a good look at the couple’s baby boy. President Joe Biden is a man who has lost a great deal more than many people have throughout his life. Shortly before Joe Biden turned 24-years-old he married Neilia Hunter. The couple had three children together, Joe Biden’s namesake, Joseph Robinette ‘Beau’ Biden III (1969-2015), Robert Hunter Biden (1970), and Naomi Christina ‘Amy’ Biden (1971-1972).

On December 18, 1972, Neilia Biden was hit by a semi-truck while Christmas shopping with her three children in the car. Beau and Hunter were injured and hospitalized. Neilia and one-year-old Naomi were killed.

Joe Biden was 30-years-old. He was a widower and a single father of two young sons. He had also just been elected to the U.S. Senate.

The Biden family was delivered another heartwrenching blow when on May 30, 2015, Beau Biden passed away from brain cancer. When the 2016 elections ramped up, many had hoped that Joe Biden would have run for office. Hillary Clinton and Bernie Sanders were embroiled in heavy competition with each other as they hoped to secure the Democratic nomination.

Joe Biden didn’t run as he was still heavy with grief over Beau’s death. Hillary Clinton received the nomination but though she won the popular vote, she didn’t win the electoral college and Donald Trump became the 45th president of the United States.

Now, it has been learned that Joe Biden’s son, Hunter, has named his new baby ‘Beau’ in honor of the memory of his older brother who passed away.

It was known that Hunter Biden and his second wife, Melissa Cohen had a child in 2020, but his name wasn’t released to the media. People magazine confirmed that ‘Beau Biden’ was traveling with the First Family.

People reported the following when speaking about the baby’s moniker.

The sentimental choice was confirmed when Biden transition officials told reporters Tuesday that one “Beau Biden” was among family members flying with Joe Biden from Delaware to Washington, D.C., for his presidential inauguration. At Wednesday’s swearing-in, Hunter, 50, held the baby boy, whose coos could be heard during the nationally televised ceremony.

You may see People’s article below.

The little Biden baby is named after Beau. 😭 https://t.co/L2LXXK5m9G

What do you think about the news that Hunter Biden and Melissa Cohen named their baby son after Beau Biden?