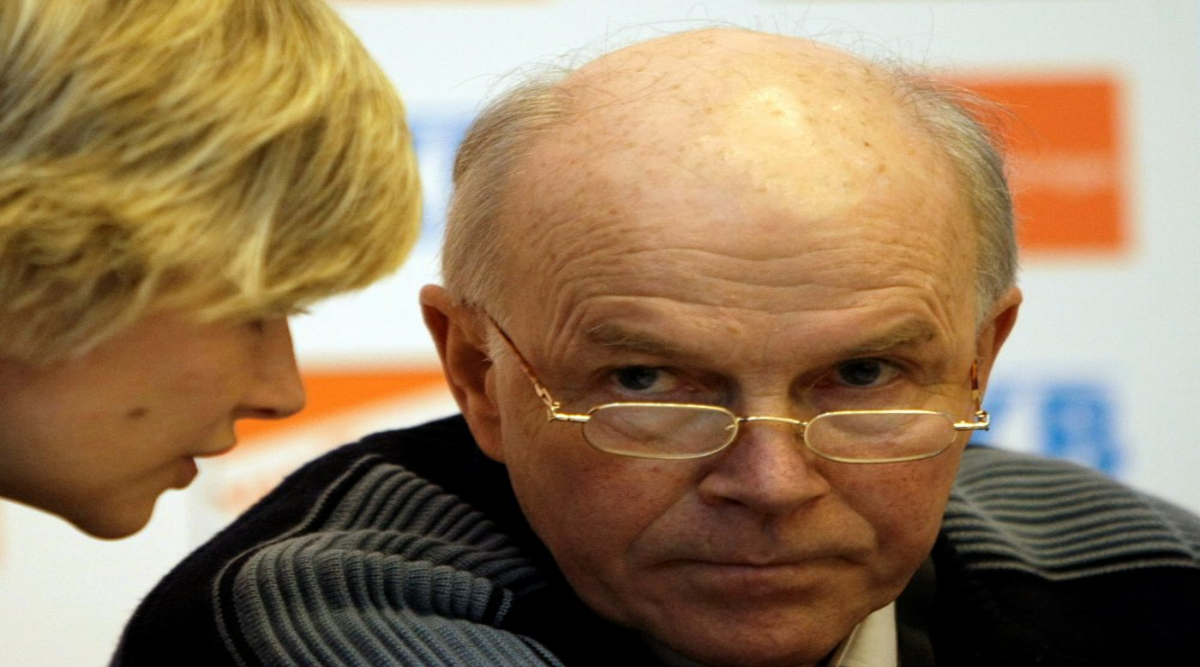 The president of the International Biathlon Union told police that the young woman who had come to his hotel in Moscow was a prostitute, but he was hazy on the details. He did not remember the date or even who had paid for her services, he told Austrian investigators, but it had assuredly not been him.

The president, Anders Besseberg, had led biathlon’s governing body for more than two decades by then, and he was accustomed to receiving gifts from his Russian hosts. Cash-filled briefcases. Luxury vacations. Frequently, he was even provided with young women as aides during trips to World Cup biathlon events.

And for decades, according to a report commissioned by biathlon’s new leadership, Besseberg repaid the Russian favors by doing the country’s bidding: defending its athletes, assailing its critics and even blocking efforts to root out doping by its teams.

The yearslong effort to manipulate Besseberg and later his top deputy was so effective that at the height of Russia’s state-run doping scandal, one Russian official boasted to a colleague that the country had little to fear in biathlon — a grueling endurance sport that combines precision shooting with cross-country ski racing — because he had Besseberg “under his control.”

Besseberg’s conduct is described in detail in the report commissioned by biathlon’s governing body and published Thursday. The report, the product of a two-year investigation that involved interviews with dozens of witnesses and access to evidence in an Austrian criminal investigative file, laid out Russia’s efforts to co-opt Besseberg and the deputy, Nicole Resch, as it sought to bury positive doping tests, thwart investigations and evade punishment.

Besseberg, a Norwegian, and Resch, a German who served as biathlon’s No. 2 official, left their posts in 2018 after Austrian and Norwegian authorities announced criminal investigations into their conduct. The biathlon investigators’ report noted that neither had yet been charged with a crime, and it stressed that it had made no finding that either had committed one.

Both Besseberg and Resch have denied wrongdoing even as they refused to meet with investigators and answer questions. There was no immediate response from their lawyers for comment on the report.

But a redacted version of the report, which was reviewed by The New York Times, offers an unusually lurid look inside the pampered world of sports governance, in which five-star hotels and six-figure payoffs are not uncommon. Russia’s effort to influence biathlon’s leadership, the report said, took the form of favors like tens of thousands of dollars in cash, hunting trips and luxury gifts.

The report also laid out what it contends Russia got in return: Besseberg would defend Russia publicly and privately; biathlon’s leaders would cover up positive doping test results and block investigations that might implicate Russian athletes; and Russian officials, including one once convicted of attempting to arrange a killing, would continue to play an influential role in the sport even after the country was caught running a vast doping program.

The scheme appeared to have worked exactly as designed. Russia has long been one of the world’s biathlon powerhouses, claiming places on medals stands alongside suspicious rivals at every Winter Games since 1960. In recent decades, though, Russia’s success had only grown: During Besseberg’s 25-year tenure as IBU president, Russia won at least three medals at each Winter Olympics and at times as many as five, until it was shut out at the 2018 Pyeongchang Games, the first to be held after the scale of the country’s state-run doping scandal was revealed.

Multiple investigations have found biathlon to have been among the sports most compromised by Russian doping, a sport so rife with cheating that a former Russian national coach once said he could count the number of clean athletes “on one hand.” Several Russian champions and Olympic medalists were later implicated in doping. A handful have been stripped of their medals.

“In the commission’s view,” the report’s authors wrote of Besseberg’s conduct, “the pattern of corrupt and unethical decision-making was apparent long before evidence of an institutionalized doping conspiracy in Russia started to emerge in 2014 and 2015, but it was clearly exposed by Besseberg’s woeful response to that evidence, even as it turned inexorably from a trickle to a stream to a torrent.” By then, the report said, Besseberg was openly taking Russia’s side against loud criticism and mounting evidence.

The 220-page report is damning in its detail. Using whistleblower testimony, evidence from police and a separate investigation by the World Anti-Doping Agency, it paints a stunning picture of Russia’s yearslong effort to corrupt Besseberg.

He is accused of receiving at least $200,000 — and perhaps much more — from Russian officials as the country came under mounting pressure after its doping conspiracy came to light. Aware of Besseberg’s passion for hunting, Russians also repeatedly invited him on hunting trips in their country. Staff members at the Austria-based IBU said Besseberg then would use official vehicles to transport his hunting trophies to his home in Norway.

His appetite, however, was not limited to money and hunting.

“It was notorious within IBU circles that Mr. Besseberg’s hosts would often provide him with the services of a young, female ‘interpreter’ when he visited Russia,” the report said.

Although he did not cooperate with biathlon’s investigation, Besseberg admitted to police that he had been provided a prostitute in Moscow on a single occasion between 2010 and 2014 but denied specific knowledge of who had sent the woman, saying only that it was “someone, probably from the Organizing Committee,” the report said.

The investigators said that they had evidence that the incident was not the only such arrangement made and that Besseberg had confirmed to police that he had sexual encounters with other women at various biathlon events. But the report connected Besseberg’s acceptance of Russian gifts and favors with his actions and public statements on Russia’s behalf and said that “justifies an inference that he did so in exchange for illicit reward, and/or because he was compromised.”

“In the commission’s view,” the report concluded, “Mr. Besseberg’s support for Russian interests went well beyond that general concern, and indeed well beyond all rational bounds.”

The report cited Besseberg’s repeated efforts to publicly downplay and ridicule the evidence provided to investigators by one of the masterminds of Russia’s doping program, Grigory Rodchenkov, and to belittle and dismiss the finding of a World Anti-Doping Agency investigation that later led to Russia’s ban from global sports.

Yet even after the widespread doping conspiracy was revealed and then substantiated by investigators, Besseberg, who was at the time a member of the WADA board, pushed his executive body to ignore calls by anti-doping organizations for sports federations to reexamine their doping measures, and to stop allowing Russia to host events. In 2016, for example, Besseberg told biathlon’s leaders that they could and should grant the 2021 world championships to Tyumen, Russia. One informant, according to the report, said Besseberg stood up before the vote and instructed delegates in no uncertain terms to “vote for Russia.”