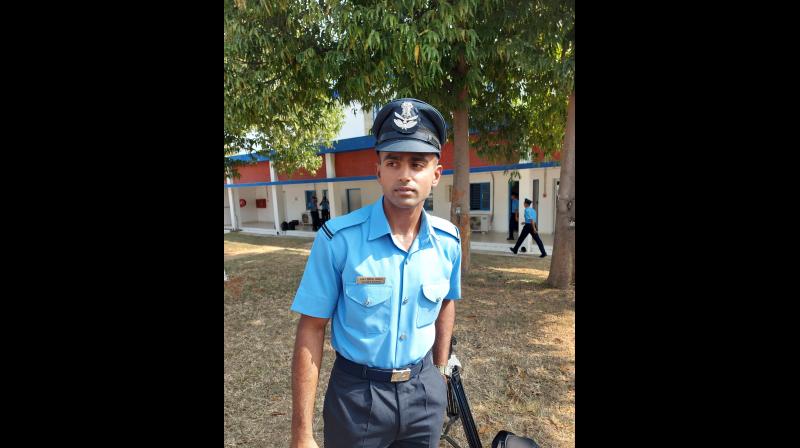 HYDERABAD: An on the spur of the moment solo trip to Ladakh and visiting Kargil war memorial inspired Savan D’Souza, a former techie from RTC cross roads, to join Indian Air Force.

He was among the 114 cadets, who graduated and was awarded a Air Force rank stripe by Defence Minister Rajnath Singh on Saturday.

Speaking about his motivation to join the force and serve the country, he said that the defence personnel, who met him at the war memorial in Ladakh, shared their experiences and asked him to tell his family “for their tomorrow, we sacrificed our today”. This stuck with him and motivated him to take the career-changing decision.

“I graduated from Siddhartha Institute of Technology in Ghatkesar in 2015 and started working in a software firm. I was four years into my job and never had a thought of shifting careers, let alone joining a defence force. It was only after my solo trip to Ladakh in September 2016, that I gained perspective. I met several defence officials there who shared their experiences. After returning to Hyderabad, I started preparing and initially attempted to join the army, which was a futile attempt. Later I started studying for AFCAT (Air Force Common Admission Test), and got through,” said the cadet, who is into the logistics department of the Indian Air Force now.

When asked about his time in training and other obstacles he faced, he said, “As they say, when the going gets tough, tough get going. I was actively into sports since I was 13 and participated in several Under-13 and 15 events. More than physical endurance, one needs to be mentally tough to overcome difficulties.”