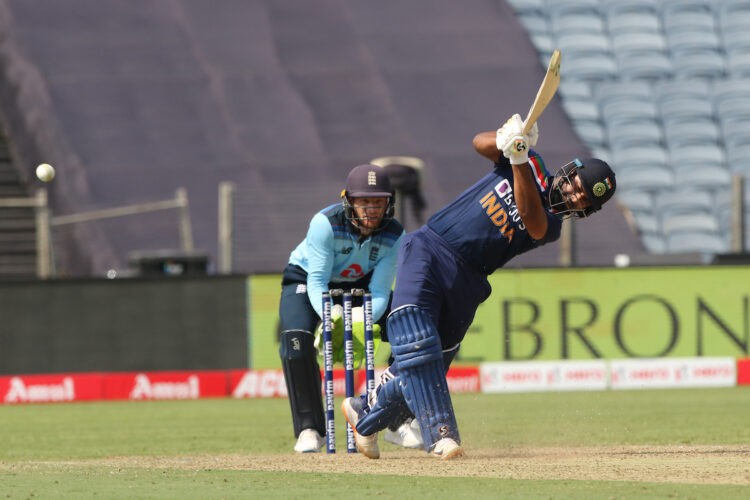 Ian Bell has joined the list of former cricketers to lavish praises on Rishabh Pant for his impactful showing in recent times. Rishabh Pant top-scored with 78 in the third ODI against England in Pune to wrest control after the tourists momentarily found themselves on top. Ian Bell hailed Rishabh Pant as a rare talent and the future of the Indian team.

Rishabh Pant’s consistency in Test series provoked the selectors to recall him in India’s white-ball squads too. The left-handed batsman justified his selection in the second ODI against England as Shreyas Iyer’s replacement by crafting a blazing knock of 77 from 40 deliveries. Pant helped the momentum shift rapidly by adding 113 runs from 80 balls with KL Rahul to lift them to 337.

In the third ODI, Rishabh Pant once again played a crucial role as India lost Rohit Sharma, Virat Kohli, KL Rahul, and Shikhar Dhawan in quick succession after a brisk start. The 23-year old joined hands with Hardik Pandya, playing his natural game to thread a 99-run stand. Pant top-scored with 78 off 62 balls, consisting of five fours and four sixes to take India to 329, which ultimately proved as a winning score.

You just feel like he’s the future around some world-class players: Ian Bell

Ian Bell pointed out that Rishabh Pant has had an incredible run across formats recently and agreed with Sanjay Manjrekar that he takes calculated risks without reckless slogging while also rotating the strike regularly. Ian Bell stated that Pant has become a fearful prospect for the bowlers and with the level of consistency he has displayed, the retired batsman could not imagine an Indian team without the 23-year old. The 38-year old added that such consistency now across formats is quite rare and feels fantastic to watch a real match-winner, hoping that there is more to come.

“He’s had a fantastic series in all three formats and Sanjay is right, there was a real calmness, no high-risk slogging or anything like that. It was real clinical and gets off strike and rotates strike, so I imagine the batting line-up for India, the bowlers at the end of their mark, thinking their slightly wrong and Pant does hurt them. We’ve seen maturity as this series has gone on. The Test-match hundred would have given him a lot of confidence, but I can’t imagine an Indian side without him in it. You just feel like he’s the future around some world-class players, but we’ve seen a real mature and world-class series across formats. And that’s quite rare at the moment, seeing someone playing like that. I think he is a rare talent and hopefully, this is just the start, having a successful career, but incredible to watch a real match-winner,” Ian Bell told ESPN Cricinfo.

Also Read: Messages From The Dugout Was Try To Bat Deep And Take Most Of The Strike: Sam Curran