Home Sports “I don’t like the guy, he’s a pr***” – Paul Heyman on Roman Reigns’ possible next challenger

“I don’t like the guy, he’s a pr***” – Paul Heyman on Roman Reigns’ possible next challenger 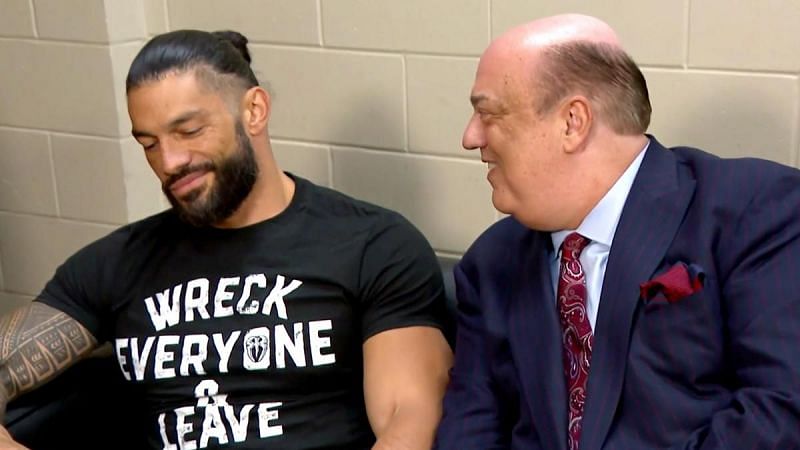 Speaking in-character, Paul Heyman said on the latest episode of WWE Network show Talking Smack that Sami Zayn is a “pr***” and he does not like him.

Next week’s Elimination Chamber pay-per-view will feature an Elimination Chamber match to determine Roman Reigns’ next Universal Championship challenger. Zayn, who will compete in the match, believes there is an active conspiracy to keep him away from the main-event scene in WWE.

Paul Heyman, Reigns’ special counsel, told Zayn to his face that he wants him to win the match. However, as soon as the former Intercontinental Champion left the set, Reigns’ ally said what he really felt.

“Sami’s right, there’s a conspiracy against him. I was Executive Director of Monday Night RAW. Sami was on RAW. I conspired against him every week. I don’t like the guy, he’s a pr***.”

Paul Heyman worked as the real-life Executive Director of WWE RAW between June 2019 and June 2020. He oversaw the creative direction of the show, which meant he had a say in Zayn’s WWE storylines. Bruce Prichard now works in that position on both RAW and SmackDown.

What’s next for Paul Heyman and Roman Reigns?

Sami Zayn will battle it out with Cesaro, Daniel Bryan, Jey Uso, Kevin Owens, and King Corbin in an Elimination Chamber match on February 21. The winner will challenge Roman Reigns (w/Paul Heyman) for the Universal Championship later in the night.

Reigns and Zayn have never faced each other in a one-on-one match on WWE television.

Please credit Talking Smack and give a H/T to SK Wrestling for the transcription if you use quotes from this article.