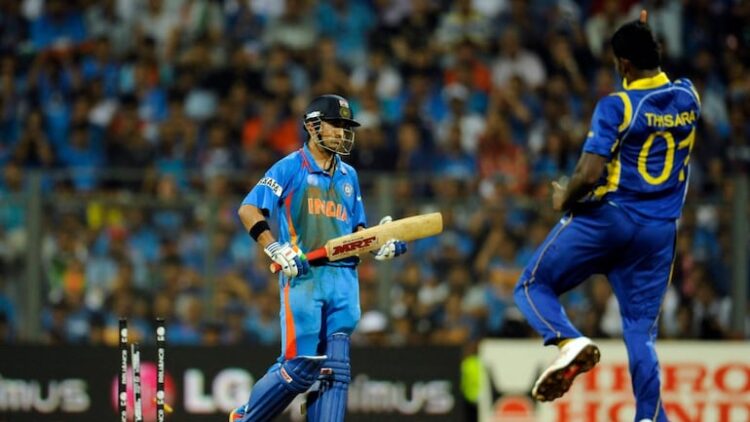 Former India opener Gautam Gambhir was the unsung hero of the Indian team’s victory in the final of the 2011 World Cup against Sri Lanka, despite MS Dhoni getting all the glory for his innings of 91* and the match-winning six.

Gambhir had given India the stability in the chase of 275-run target set by Sri Lanka, for whom Mahela Jayawardena had scored a brilliant 103*. Lasith Malinga hurt India early on by removing Virender Sehwag for a duck and then dismissed Sachin Tendulkar for 18 runs.

Then Gambhir added 83 runs for the third wicket with Virat Kohli (35) and then added perhaps the match-winning 109 runs with MS Dhoni. Gambhir was then dismissed 3 runs short of his century on 97 by Thisara Perera, leaving MS Dhoni to finish the match.

I Don’t Regret Those 3 Runs, But I Regret Not Finishing The Game: Gautam Gambhir

MS Dhoni then continued the chase with Yuvraj Singh as India needed 52 runs in as many balls, when Gambhir was clean bowled for 97 (122 balls with 9 fours). Speaking about the same innings, Gautam Gambhir said that he doesn’t regret missing out on a century in the World Cup final, he regrets not finishing the match.

My only regret walking back to the dressing room was not missing the hundred, my only regret was if we don’t end up winning this cup, probably I would have to live with that regret for the rest of my life. That was the scariest thing that came into my mind,” Gautam Gambhir told Sports Today.

After Gambhir’s dismissal, Dhoni continued on to win the match for India, hitting 91* in 79 balls with 8 fours and 2 sixes, one of the six winning the final, and making India ODI world champions for the second time after 28 years.

Also Read: I Was Supposed To Get Those Runs: Gautam Gambhir On His Match-Winning 97 In The 2011 World Cup Final