Home General ‘I have $4 to my name.’ An extended eviction ban isn’t enough for some struggling renters

‘I have $4 to my name.’ An extended eviction ban isn’t enough for some struggling renters 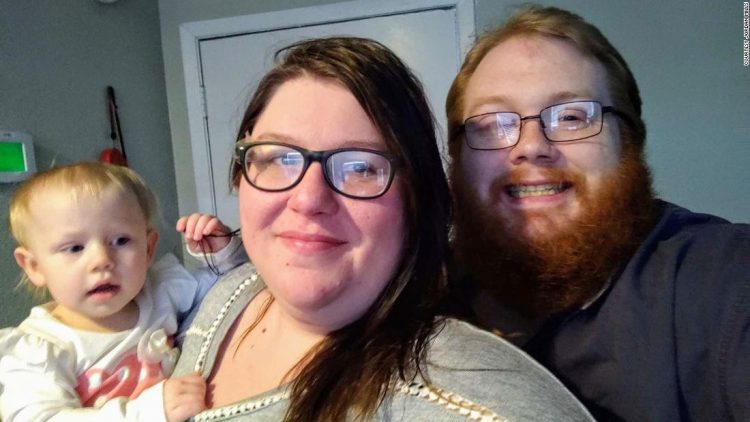 Should the package go through, neither of the measures will likely be enough to keep the most at-risk renters in their homes past January.

“While extending the CDC eviction moratorium for just one month is insufficient to keep people housed for the duration of the pandemic, the extension provides essential and immediate protection for millions of renters on the verge of losing their homes in January,” said Diane Yentel, president and chief executive of the National Low Income Housing Coalition.

An estimated 9.2 million renters who have lost income during the pandemic are behind on rent, according to an analysis of Census data by the Center on Budget and Policy Priorities.

Once the moratoriums are lifted, many of these renters will be expected to pay their entire back rent or come up with some sort of payment plan with their landlord — or they could face losing their home.

CNN Business spoke with several renters who have been struggling to afford their monthly payments as a result of the pandemic.

‘Money is piling up against me’

Kelly Green, who lives in a $1,429-a-month apartment in Daytona Beach, Florida, has not been able to pay rent since September.

“The only reason I have a roof over my head is because of the eviction moratorium,” Green said.

Green makes her living selling rhinestone- and sequined-biker apparel at motorcycle rallies and other festivals.

After the shutdown in March, there were no festivals, no events and she had no income. Still, she cobbled together her savings, stimulus payment, rent relief and unemployment insurance payments and managed to get current on her rent through July. But she didn’t know how she’d make ends meet after the $600 a week supplemental unemployment support ended.

Green heard about a coronavirus-related rent relief fund offered by Volusia County, where she lives. She applied for assistance and was awarded $4,500 for three months’ rent.

“I thought, ‘Great!’ that will pay a few months’ rent, and I can move out in November when my current lease is over and I’ll still have a good credit rating that will allow me to rent myself another apartment,” she said.

But there was a snag: The Volusia County rent assistance program requires tenants to have been current on rent as of March 13, 2020. Green was behind on her rent in February and, as a result, her apartment complex wouldn’t accept the aid.

Without that money, Green was unable to pay full rent for October, November or December. And since she overstayed her lease in November, she’s now on a month-to-month lease that is $500 more expensive a month.

“Even if the moratorium is extended, money is piling up against me,” she said. “What would help me the most is if I receive a check for rental assistance for three months, that they take it.”

She knows it doesn’t make sense to stay and watch the amount she owes grow, but she said she doesn’t know where she’ll go without putting friends and family at risk of coronavirus exposure.

“It totally depresses you,” she said. “You feel like giving up. Where will I go when the CDC order expires, and I have this eviction on my record?”

Have to be out by Christmas

Mercedes Darby lives in a three-bedroom apartment in Nashville with her three high school-aged children and her daughter, Princess Thomas, who is in college. The two usually split the rent. But since both were laid off in March, they have not been able to afford the $1,250 a month rent since April and currently owe $9,000 in back rent and fees.

Even though Darby provided her landlord with a CDC declaration, which protects the family from being evicted for non-payment, they are now being evicted for a separate lease violation — Darby’s name is not on the lease.

Darby says the lease is in Thomas’ name, but she has been living there since they got the apartment a year and a half ago together and she has been making payments all along.

After missing a December 15th eviction court date, there was a default judgment giving the family 10 days to leave. So Darby is packing everything she owns to put in storage.

“We have to be out by Christmas Day or they will have the sheriffs in here,” she said. “With no money, I have to find a temporary place.”

Darby was laid off from her job handling member services at a large insurance company in March. She had been looking for a new apartment since July. But even after paying the application fees, she was repeatedly turned down because of her credit history and a prior bankruptcy. Now her daughter is likely to have trouble, too, because of this eviction.

In November, Darby was rehired to a similar job and money has been coming in again. But she now has to pay a lot more in fees and deposit money for an apartment because of her history.

“I have a good paying job,” she said. “I make enough, if you didn’t want triple the amount upfront.”

For now, she’s looking for a place for her family to stay through the holidays while she finds a more permanent home and prepares for her court date in February on the back rent she owes.

“We don’t have anywhere to go,” she said. “We don’t have family here and our friends can’t take all of us. I’m going to try to find a hotel. But that will take all the money I have to put toward another apartment.”

Bryan Clift’s work as a waiter in suburban Minneapolis dried up last March, at the same time school for his 10-year-old daughter Iyla moved online. Iyla’s mother, who she did not see regularly, died a few weeks ago. Now Clift is about $2,000 behind on rent and they are in danger of facing eviction.

“My daughter is everything I got,” he said. “I put her ahead of everything. Making sure she has a roof over her head and food on the table is the most important thing.”

They fared okay through the summer, with the unemployment insurance payments he received. But when the $600 in weekly supplemental payments expired, he feared he would fall behind on his $1,500 a month rent for the two-bedroom apartment.

“When I saw my savings go down I went to talk to the leasing people, who I’ve always had a good relationship with,” he said. “I said I’m going to try to do my best. They suggested I apply for some rent relief.”

He has applied for and expects to receive relief money from Prism, a local social services nonprofit. But it is not in hand yet.

“It is a waiting game,” he said. “If you’re going to ask for any aid right now it will take a while.”

With this anticipated support, he’s hoping to bridge the gap in income until he can work again.

“I could go get a job now,” he said. “I want to. I don’t like sitting around. But without the schools open, I can’t go to work. If something doesn’t change for me in the next few months, what am I going to do? I pushed back every bill that I can. And this rent relief will help, but for how long?”

Any additional help from the government is welcome, he said, but, “I could do without the stimulus check if I had better unemployment, because you can stretch that out longer.”

The worst already happened to Jordan Mills and Jonathan Russell and their two-year-old daughter Valkyrie.

Even though they were protected by the eviction moratorium, a court granted an eviction anyway.

Mills thought she did everything right. She provided the CDC declaration form protecting her from eviction to her landlord. She applied and received rent relief money from the city of San Antonio. She even made a payment plan.

“People like me are still being evicted for non-payment,” she said.

She made a payment arrangement with her landlord, but fell behind by about $450. The property owners filed for eviction citing a violation of one part of the CDC declaration in which Mills agreed to use “best efforts to make timely partial payments that are as close to the full payment as the individual’s circumstances may permit.”

Mills drove to the courthouse to appear at her eviction hearing, but says she was unable to attend because she did not have money to pay for parking.

In May, Mills, who is an assistant manager at a payday loan company, had seen her hours cut. She realized her family was not going to be able to pay their rent along with their high utility bills during the Texas summer.

She applied for and received rental assistance money, a lump sum of $3,500 for three months rent.

When Mills contracted coronavirus, she said, their child care provider dropped them as a precaution and her husband left his job as a security guard to care for Valkyrie full-time, further cutting their income.

After the court ordered their eviction in November, they didn’t wait for the sheriff to arrive. Mills borrowed $1,400 from her mother and moved her family out of the three-bedroom, single-wide mobile home they rented for $1,175 a month and into a 470-square-foot, one-bedroom apartment in San Antonio.

The family’s new apartment is in a building known as “second chance” leasing, for people with evictions or bad credit.

“The worst has happened,” she said. “But I’m still afraid how it will affect me when I go to rent somewhere bigger, somewhere more safe. We have roaches. I don’t want to stay here.”

While she appreciates the rent relief they received, she said more rent assistance should go directly to landlords.

“If there was something for them, they wouldn’t be so quick to turn on the tenants.”