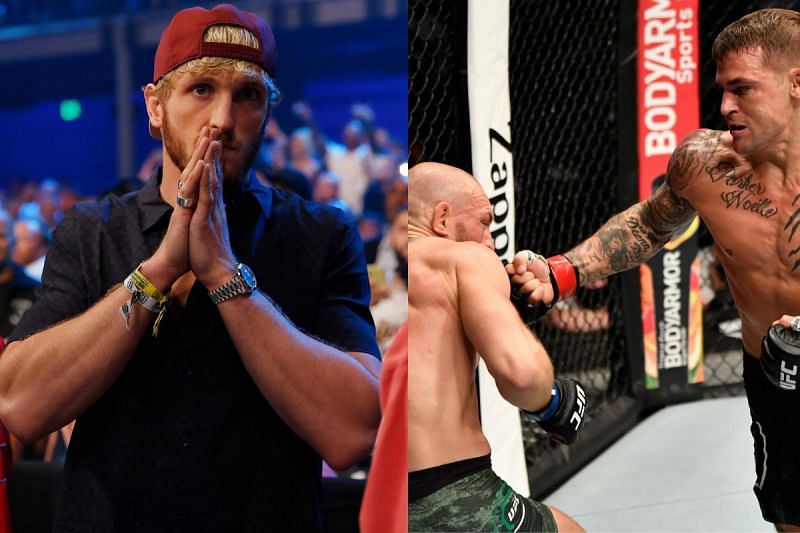 It was difficult for Logan Paul to see Conor McGregor lose at UFC 257 to Dustin Poirier.

Logan Paul has said quite a few times in the recent past that he is a fan of UFC and UFC fighters, distancing himself from his brother Jake Paul’s opinion of the promotion. In a recently released clip of Logan Paul’s podcast Impaulsive, Logan Paul talked about UFC 257 and how he was disheartened to see Conor McGregor lose, but also credited Dustin Poirier on his “massive” win.

“It is so tough, for me anyway, to see legends lose. I hate it. I love Conor McGregor! And the moment I saw him flattened, with his eyes closed, like Nate Robinson-style… I don’t know. I don’t think anyone thought McGregor was going to get beat in that way. By the way, props to Dustin Poirier for pulling it off. It’s a massive win. He beat one of the greatest combat sports entertainers of all time,” Logan Paul said.

Watch Dustin Poirier knock out Conor McGregor at UFC 257 below.

Logan Paul: How many more times can Conor McGregor lose before his legacy is tarnished?

Logan Paul, known for the controversial ‘suicide forest’ video recording, went on to question the lifespan of the legacy that ‘The Notorious’ has built.

Logan Paul pointed out that Conor McGregor losing is not just a number on his professional MMA record, but it has real-life consequences as well. According to the YouTuber, McGregor being the face of the several businesses he owns, including Proper No. 12 Whiskey, the said businesses might suffer a drop in demand if The Irishman keeps losing fights.

“I think about this often. How many more times can McGregor lose before his legacy is really tarnished? And it’s tricky because his face is tied to his whiskey, Proper 12, and he has got a lot of businesses that are directly correlated to the success of said businesses. His performance most likely dictates how well Proper 12 does, right? I don’t think anyone drinks the whiskey for the taste of the whiskey. I think they drink it because of Conor McGregor… I wish the best for the guy, but his businesses and every sponsor that is tied to him now suffer as well.”

Right before Logan Paul’s comments, his co-host Mike Majlak pointed out that this was Conor McGregor’s second loss in his last three fights.

X
Big Ben can help the Steelers by packing up his withered arm and going away…SportsBig Ben’s time in Pittsburgh is up.Image: APThe NFL offseason promises to be almost NBA-like in its drama. There are multiple QBs on the market that c…
close