Home Entertainment ‘I was a little scared of him’: Jodie Foster on acting opposite Anthony Hopkins’s Hannibal Lecter as ‘Silence of the Lambs’ turns 30

‘I was a little scared of him’: Jodie Foster on acting opposite Anthony Hopkins’s Hannibal Lecter as ‘Silence of the Lambs’ turns 30 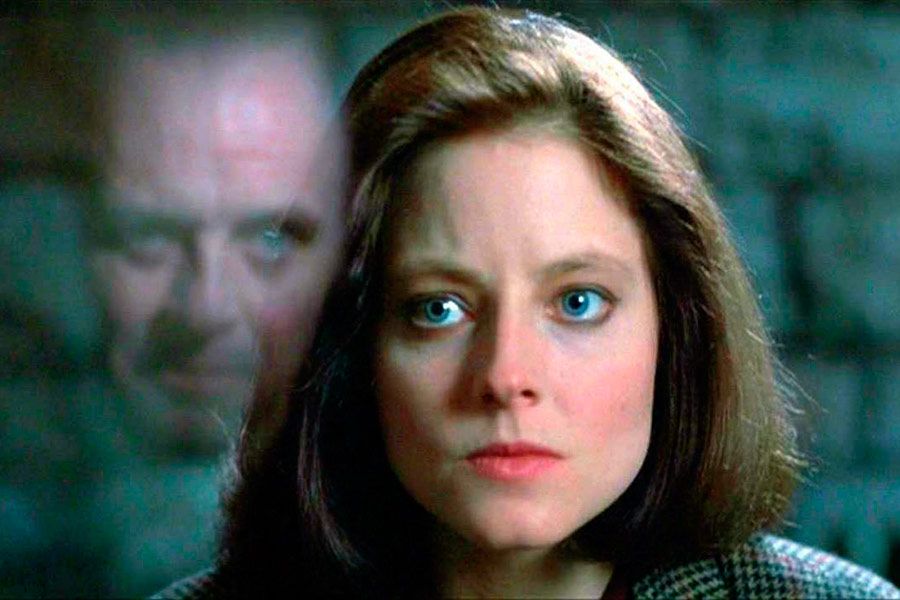 “Believe me, you don’t want Hannibal Lecter in your head.”

So advises FBI Agent Jack Crawford (Scott Glenn) to rising Quantico star Clarice Starling (Jodie Foster) after she’s given the unenviable task of interviewing cannibalistic serial killer Hannibal Lecter (Anthony Hopkins) in the contemporary classic The Silence of the Lambs, which opened in theaters 30 years ago, on Feb. 14, 1991. (One of the best Valentine’s Day releases of all time or the best Valentine’s Day release of all time?)

That same counsel also applied to Foster herself, who had a life-imitating-art experience working opposite Hopkins’s uber-creepy alter ego.

“It was scary, I have to admit,” Foster tells Yahoo Entertainment (watch above) during a recent interview promoting her new drama The Mauritanian, in which she plays a lawyer defending a long-held Guantanamo Bay inmate. “The set was very dark, it was a gorgeous set that [production designer] Kristi Zea made in Pittsburgh. I was walking down the corridor and suddenly you get to this bright, kind of fluorescent figure with Anthony Hopkins just standing there. It made an impression on me, I have to say.

“I was a little scared of him during the shoot. He was always behind bars and I was on the other side so we didn’t get to talk a lot and that sort of created this little suspense scenario between the two of us.”

The dynamic worked spectacularly. The Jonathan Demme-directed film, based on the novel by Thomas Harris, was a blockbuster, the fourth highest-grossing film of 1991 with more than $272 million worldwide, and ultimately netting five Oscars — including Best Picture, Best Actor (Hopkins) and Best Actress (Foster).

Though she generally doesn’t get the credit that goes to other onscreen heroines like Sigourney Weaver’s Ripley (Alien) and Linda Hamilton’s Sarah Connor (Terminator), Foster’s Clarice Starling was also trailblazing in that there were not very many women in law enforcement being portrayed at the time of Lambs’s release.

“I don’t think I realized it at the time, but yeah Clarice was a really special character,” Foster says. “She could’ve easily been played by some young man, a rookie FBI agent. But there was a lot about her past, how she had been drawn by Tom Harris about being the only woman in those circumstances, being used in some ways by both Crawford and Lecter as a go-between to manipulate all those things.

“Her gender was important in the character so I thought it was a great opportunity.”

Clarice, a new television spinoff of The Silence of the Lambs starring Rebecca Breeds in the title role and set one year after her encounters with Buffalo Bill and Hannibal Lecter, premiered Thursday on CBS. The show, however, has thus far faced middling reviews, with The Daily Beast‘s Nick Schager writing, “Designed for maximum uninventiveness and lack of surprise, it’s formulaic comfort food that, in almost every respect, fails to satisfy.”

The Silence of the Lambs is currently streaming on Amazon; stream Clarice on CBS All Access.

The Mauritanian is now playing in theaters; get tickets at Fandango. Watch the trailer:

— Video produced by Jen Kucsak and edited by John Santo