I would request you to teach me more in depth by coming at my farm house. Says, Jackie Shroff to Sawai Bhatt on the sets of Indian Idol Season 12 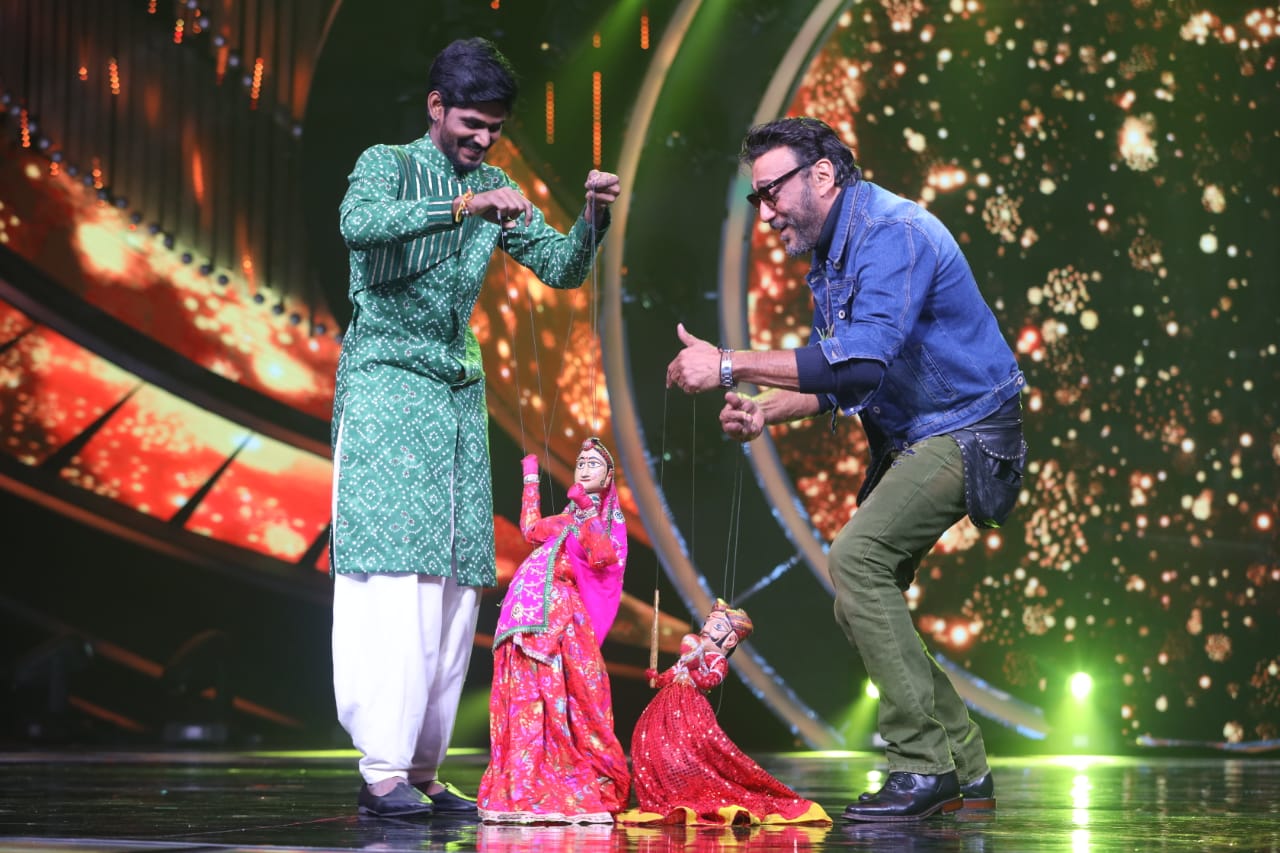 In the upcoming weekend on the sets of the musically renowned show of Sony Entertainment Television’s Indian Idol will see Jackie Shroff gracing the sets of the show. It will be the most enthralling night with full of entertainment and music masala. The judges Vishal, Neha and Himesh are super excited to have Jackie Dada on the sets

In the show, Post the performance of Sawai Bhatt on the song Sun O Haseena which was lauded by the judges, audience and every one present on the sets. By looking at the whole scenario which was echoing about Sawai Bhatt. Jackie Shroff says, I am a huge fan of you Sawai, you are truly an inspiring person in your own field of Puppeteer. I would like to learn basic’s of Puppeteer from you and would request you to teach me more in depth by coming at my farm house for few days ”. to which Sawai Bhatt says, “It would be my pleasure sir to teach such a legend.”