CDS General Bipin Rawat, his wife, and 11 others died in IAF helicopter crash 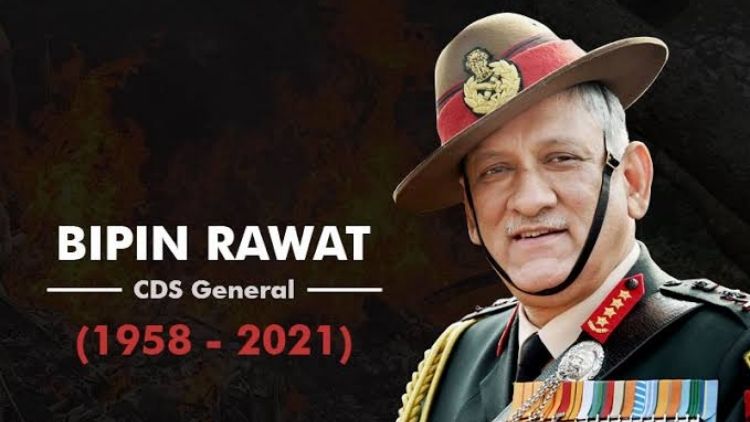 Chief of Defense Staff Bipin Rawat, his wife Mrs. Madhulika Rawat, and 11 other people were killed in a helicopter crash near Coonoor in Tamil Nadu on 12/8/2021. The crash happened at a distance of about 10 km from the helipad where it was about to land. The helicopter belonged to the 109 Helicopter Unit based at the Sulur airbase near Coimbatore. It was a Mi-17 V5 variant, one of the latest versions of military transport helicopters available around the world. According to some sources, defense minister Rajnath Singh is going to brief Parliament on the incident on 12/9/2021.

Rawat belonged to a family of military officers and he was a well-known soldier of his time, he took over as the Chief of Defense Staff (CDS) on January 1, 2020 – the first to occupy the post that made him the country’s foremost military officer.

As CDS, his rank was above the other four-star military officers heading the Navy, Air Force, and Army, he headed the Department of Military Affairs in the Defense Ministry, carving out responsibilities that were with the Department of Defense till then, and was the Principal Military Advisor to the Defense Minister on all matters related to the forces. My point is that  Bipin Rawat has served the Indian Military wholeheartedly.

Tweets about this incident:

PM Modi on the incident of CDS Bipin Rawat says, “I am deeply anguished by the helicopter crash in Tamil Nadu in which we have lost Gen Bipin Rawat, his wife and other personnel of the Armed Forces. They served India with utmost diligence. My thoughts are with the bereaved families.

The Indian Air Force said in a tweet, “Air Chief Marshal VR Chaudhari & all personnel of IAF express their deepest condolences on the untimely passing away of India’s first Chief of Defence Staff Gen Bipin Rawat & Mrs Madhulika Rawat, along with 11 other Service personnel in an unfortunate helicopter crash today.”