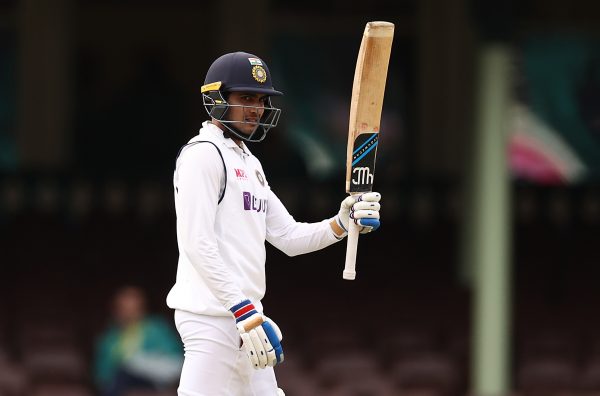 Team India youngster Shubman Gill had an impressive debut in the recently-concluded Border-Gavaskar Trophy where India trumped Australia 2-1 in the four-match series. However, former West Indies cricketer Ian Bishop has pointed out a glitch in Gill’s batting stating this might hurt him in the future.

Shubman Gill ended the series as the fourth-highest run-getter for India, sixth overall, with a total of 259 runs in 3 Tests at an average of 51.80 with a best of 91 in the series-deciding fourth and final Test in Brisbane. The right-hander’s ability to play varied strokes on all parts of the ground and handle the extra pace and bounce of the Aussie trio of Pat Cummins, Josh Hazlewood, and Mitchell Starc won applause from all corners including Ian Bishop.

The West Indies legend watched India’s victory closely and heaped praise on Shubman Gill for rising up to the task and almost sealing the opener’s slot. The cricketer-turned-commentator also seemed mighty impressed with Gill’s ability to adjust to different situations of the game.

“In Australia, on those slightly bouncier pitches, Gill’s ability to play back and forward appropriately, to take on the short ball with aplomb, as a subcontinental player is the hallmark of the new generation of batsmen,” Ian Bishop said to Sportstar.

He further opined, “This hasn’t always been that way, as we know. His eye-catching, tall, elegant, languid stroke play was easy on the eye. His willingness to respect a certain slow or fast phase of the game showed a good cricketing mind and willingness to be flexible. It wasn’t a case of ‘this is the one way I play and I’ll only play that way’. More than anything, he kept improving and not backing down.”

However, among all the praise, Ian Bishop also pointed out one flaw in Shubman Gill’s batting which concerned the former. Taking a cue from Virender Sehwag’s career, Bishop stated that if Gill manages to adapt this, he will continue to score runs on all conditions.

“Shubman Gill does have a glitch in technique which I was concerned about. He plays often from the leg stump, or leg side of the ball, which encourages seamers to challenge him around the fourth or fifth stump and bring the outside edge into play.

Much in a way like Virender Sehwag used to do and he wasn’t too bad a player. In his final innings at Brisbane, he came across his stumps more at times and didn’t let his hands and bat stray too far from his body where he lost control of his stroke outside his eye line. So, he seems aware of it and is prepared to adapt. If he can achieve that, he will be able to continue to score under almost all conditions,” Bishop concluded.