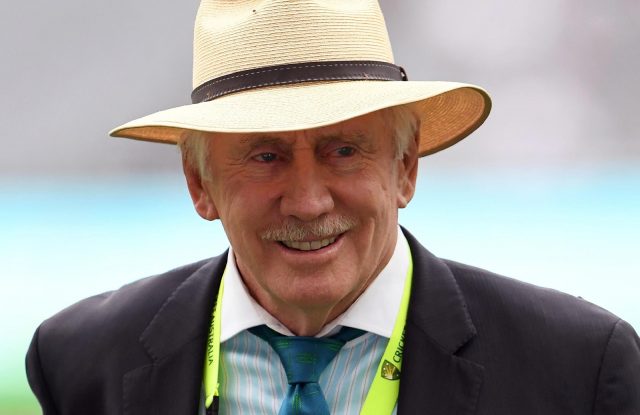 The build-up to the India-England Series has been good and steady with former India and England cricketers giving their opinion on the outcome of the series. Now, former Australian skipper Ian Chappell has come out with his own opinion on the result of the series. He has picked India as the favorites for the series given their recent series win against Australia in their own backyard.

“India will start as favourites after an exhilarating victory over Australia, overcoming all obstacles. When you add the name Virat Kohli to the batting order, the team suddenly assumes a bulletproof cloak,” Chappell wrote in his column for ESPN Cricinfo.

“In also adding the names R Ashwin, Hardik Pandya and Ishant Sharma to the list of available players, India take on an unbeatable appearance. India’s top three feature an impressive Shubman Gill, a talented but flawed Rohit Sharma and the indomitable Cheteshwar Pujara, which places them well ahead of England’s top order.”
said Chappell.

He also spoke about the bowling attack of both the teams, saying there is not much difference in that department.

“The presence of Archer, along with the skill and experience of stalwarts Jimmy Anderson and Stuart Broad, would normally provide England with an advantage in the pace department. However India’s improvement in that category is amply illustrated by their performance in matching Australia’s much-vaunted pace attack in two successive away series. Not only does India now have quality pace bowling but they also have it in comforting quantities following the depth displayed in Australia.”

England play India between February 5 to March 28 for four Tests, five T20Is, and three ODIs. Chennai will host the first two Tests. The final two Tests will be played at the newly built stadium in Ahmedabad. Ahmedabad will host the T20I series followed by Pune for the ODI series.