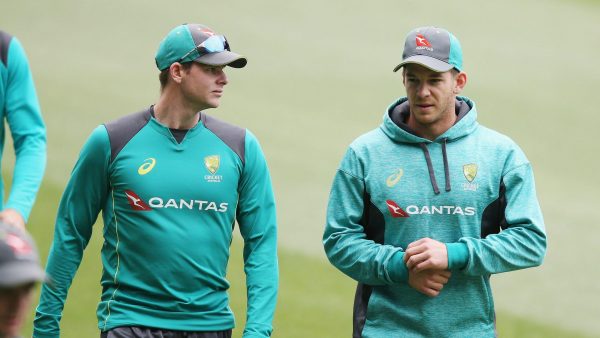 It has been more than two years since the ball-tampering scandal against South Africa in Cape Town and former Australian wicketkeeper Ian Healy now wants the board to think about giving the Test captaincy to Steve Smith. Both Smith and David Warner have served the 12-month ban imposed on them by Cricket Australia and the ICC. Tim Paine was announced as the test captain after Smith stepped down while Aaron Finch have handled the ODI captaincy responsibilities.

Talking to SEN Radio, Healy said that he wants Steve Smith back as Australia’s Test captain in the next 12 to 18 months.

“In 12 to 18 months from now, I want him to do it, only if he wants to because it’s a chance for redemption. I want him to lead strongly, become that statesman of the game and put those doubters and haters to bed. I like redemption ? he paid a heavy price for not doing much,” he added.

With Tim Paine coping fair criticism on his captaincy especially in the series against India, talks about appointing a new Test captain is making the rounds in Australian media. Paine apologised for his behavior against Indian off-spinner Ravichandran Ashwin.

“Everyone around the world thinks he scratched the ball. All he was, was a bit of a lazy captain and let things run in his team that he wasn’t aware of,” Healy opined.

Australian speedster Pat Cummins is also being seen as one of the options to lead Australia in Test cricket. However, Healy said that Cummins is a better option to lead the team in the shorter formats.

“I think we should try Pat Cummins in short form games. Give him a taste and get his feedback on how he might cope, that would be a good way to start.”

Meanwhile, Steve Smith after scoring 55 in the second innings at The Gabba ended the series with 313 runs with an average of 44.71.