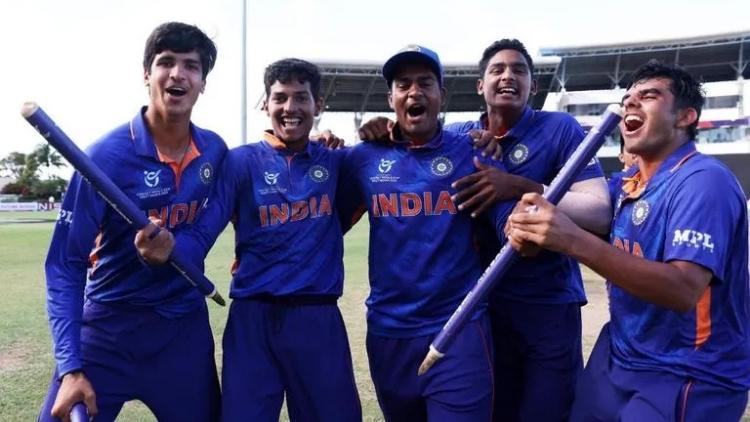 On Saturday in the final match vs England, India defeated England by four wickets. England won the toss and chose to bat and they got all out at 189 in 44.5 overs. Raj Bawa bowled exceptionally well and claimed five wickets giving only 31 runs.

India managed to chase the small target, scoring 195 with a loss of 6 wickets in 47.4 overs after a bad start from the opening partnership.

Nishant Sindhu and Shaik Rasheed both played knocks of 50 each and led India towards victory.

On Sunday morning, Prime Minister Narendra Modi congratulated Team India on winning the World Cup title, saying that their outstanding performance shows that future of Indian Cricket is in safe and able hands.

Former Indian Cricketer VVS Laxman took on to twitter and congratulated Team India by saying “ Wonderful display of resilience and character! So proud of the boys, it’s been great spending time with the Under-19 team and watching them grow. This is just the beginning, I am confident they will go on to bigger things in time to come #U19CWCFinal”

India extended their record of being the most successful team in the World Cup with most number of titles, with their win against England. India were the favourites in the tournament, they didn’t even lose a single match in the tournament.