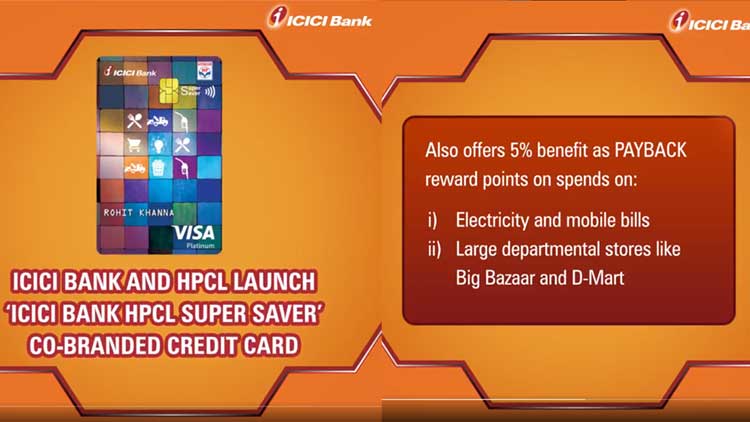 Mumbai: ICICI Bank today announced the launch of a co-branded credit card with Hindustan Petroleum Corporation Limited (HPCL) to provide customers with benefits and reward points for using multiple credit cards in one. The ‘ICICI Bank HPCL Super Saver Credit Card’ provides in-class rewards and benefits to customers on daily fuel spends as well as other categories such as departmental stores like Big Bazaar and D-Mart, electricity, and mobile, and e-commerce portals, among others.

The co-branded credit card is powered by VISA and provides benefits in multiple categories of spends, unlike its peers, which typically offer benefits in only one category, according to a recent statement shared by ICICI Bank.

How to apply for ICICI Bank HPCL Credit Card?

According to ICICI Bank, the PAYBACK points are credited to the customer’s PAYBACK account which is auto-created at the time of issuance of the credit card.