Home News If Govt Retreats Two Steps, So Will We, Says BKU’s Tikait; MSP Will Not End, Writes Tomar in Letter to Farmers

If Govt Retreats Two Steps, So Will We, Says BKU’s Tikait; MSP Will Not End, Writes Tomar in Letter to Farmers 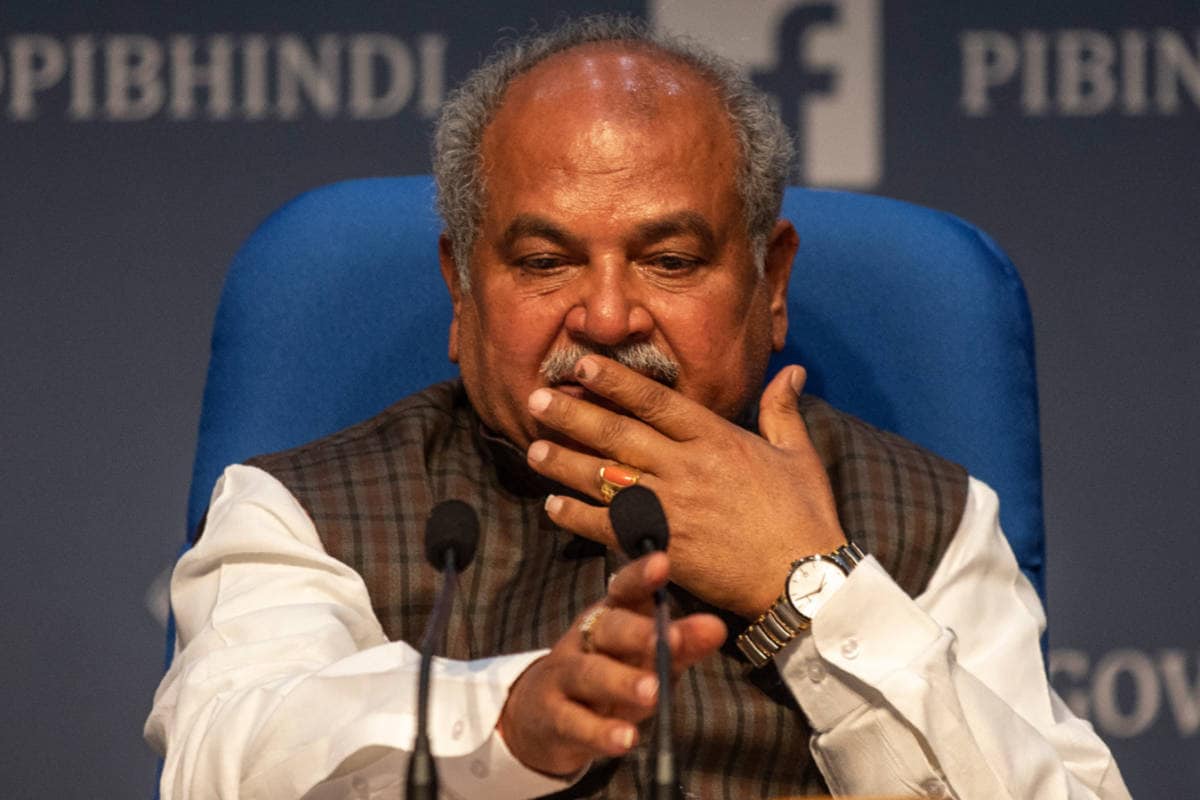 Farmers who have been staging protests on Delhi’s borders for the past 22 days against new agri-marketing reforms have supported the Supreme Court’s remarks and said that if the government retreats two steps, so will the farmers.

“If the government takes two steps back, the farmers will follow suit. A plea against the farmers’ agitation was heard in the Supreme Court in which it was said we have to ensure that the farmers are allowed to carry out their protests and there is no infringement of the rights of the people as well,” news agency IANS quoted Bharatiya Kisan Union national president Naresh Tikait as saying.

“We respect everything that the Supreme Court says. Whatever panel is formed, sensible people should be on it. We are ready for a dialogue. If the issue of agricultural laws is resolved we too will return to our homes,” he added.

The apex court, during a hearing on a petition filed against the agitation on Thursday, said that it is the fundamental right of the farmers to protest and suggested that the government keep the laws on hold.

“The government must take note of the law, we will also discuss it in the Khap panchayat meeting,” said Tikait. “If the government takes two steps back, the farmers will also retreat two steps. We don’t have any fight with the government. We are just opposing its policies.”

“We are not harming the people, farmers should not be maligned. Farmers must be respected and the farm laws repealed. The government should abandon its stubbornness and take a quick decision on it. I have just come from the village. We will go with what the farmer leaders decide. The government must think about its future. What will be they benefit by harassing farmers,” asked Naresh Tikait.

BKU national spokesperson Rakesh Tikait said: “We are ready to negotiate but the government is being stubborn. We did not stop anything from reaching the people of Delhi. Whether it is fruits, vegetables, milk — everything is being provided to the people of the capital.”

In his eight-page emotional letter to farmers, Tomar said that most of the farmers are happy with the Centre’s three new farm bills, but some confusion has been created by certain sections as part of a “conspiracy” to create tensions based on “falsehoods”. In the beginning of his letter, he said that he has been touch with the farmers of the country over the last few days. “And in the last few days I also met and discussed the three farm laws with several farmer unions who have welcomed the government’s move. But the other aspect of this that some people are trying to spread falsehoods,” he said.

“As the agriculture minister of the country, it is his duty to clear the air over the three farm laws. As agriculture minister, it is my responsibility to break the conspiracy that is being spread in the name of the farm laws between the government and the farmer sitting on protest near Delhi’s borders,” Tomar wrote.

He further said: “I belong to a farmer’s family and since childhood, I have experienced the tough life of farmers. And I also know what it takes to grow or sell crops. It is very satisfactory that after implementation of the law, MSP procurement has set a new record this time.” He further said that 80 per cent of farmers own just one to two acres of land and under the new three farm laws greater freedom has been given to them to sell their crops.

Without naming Opposition parties, Tomar said, “A lie is being spread in the name of MSP and mandis. The fact is that nothing is going to change.” He also said that in the last six years the government has done a lot of work for farmers. “Through these bills, the government has provided an additional option for farmers to sell their product anywhere they want,” Tomar said. He also said that the MSP and APMC mandis will continue and the government is ready to give a written assurance in this regard.

Targeting the Congress, the minister said: “Congress sat on recommendations made in the Swaminathan Committee report for eight years. And these days, they are working again to create tension. They have even questioned our Army and their supreme sacrifice in Leh-Ladakh.”

The minister said the opposition parties who lost their support base are trying their best to gain ground by raising the issues of farmers. He also warned the farmers that in the name of farmer agitation several such people have entered into the fray who have nothing to do with farmers’ welfare.

“For the last six years you must have witnessed that several such groups have tried to create a divide in society and they are again doing the same by entering into the farmers’ agitation.”