Home SportsCricket If I Were The Chief Selector, I Would Have Brought Ravichandran Ashwin Back In Limited-Overs Cricket: Dilip Vengsarkar

If I Were The Chief Selector, I Would Have Brought Ravichandran Ashwin Back In Limited-Overs Cricket: Dilip Vengsarkar 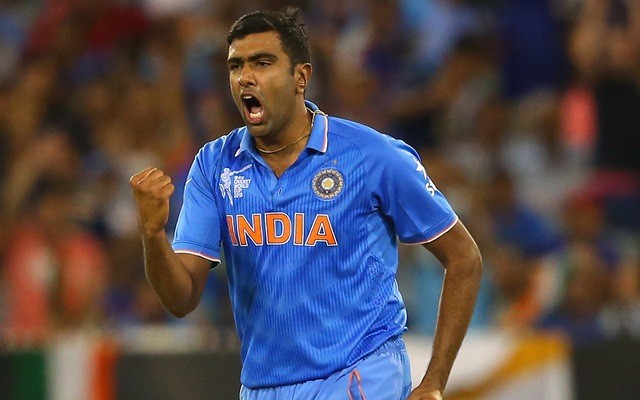 Dilip Vengsarkar said that he would have surely brought back off-spinner Ravichandran Ashwin in white-ball cricket if he were currently the chief selector of the Indian cricket team after the recent disappointing performances of other spinners. The off-spinner 34-year-old Ravichandran Ashwin last played an ODI and T20I match in June 2017.

Former India captain Dilip Vengsarkar has said that off-spinner Ravichandran Ashwin, who last featured in an ODI match in June 2017, would have been back playing in the white-ball formats if he were the chief selector of the Indian cricket team now.

The 64-year-old Dilip Vengsarkar, who was in the post from 2006 to 2008, added that Ravichandran Ashwin has matured with age and his inclusion in the white-ball setup could very well suit the requirements of Team India.

“If I were the chief selector (now), I would have brought Ashwin back (to the white ball set-up). Why not? Because he is such an experienced bowler and he has variety. As they say, spinners mature late and he has done so well over the years. He is in terrific form in red ball cricket. I think it will suit the team if he is brought back,” Vengsarkar told The Sunday Express.

India captain Virat Kohli was asked about Ravichandran Ashwin’s white-ball cricket future ahead of the 5-match T20I series against England. The 32-year-old minced no words in replying to the question and stated that Washington Sundar, who is also an off-spinner, was already in the squad, and having two players of similar discipline was not possible.

“Washington has been doing really well for us. So you cannot have two players of the same discipline, playing in one spot. So unless Washy has a drastically horrible season and things go south for him (this will not happen),” Kohli had said at the pre-match press conference ahead of the T20I series opener.

Dilip Vengsarkar, who picked Virat Kohli in the Indian team during his tenure as the chief selector, doesn’t agree with the captain’s statement. He has also made it crystal clear that there was no match between a young Washington Sundar and an experienced Ravichandran Ashwin.

“Washington Sundar is no match if you compare him with Ashwin purely as a bowler. Where is the comparison? Players of “the same discipline”, however, have featured in the Indian squad before the Ravindra Jadeja-Axar Patel combo was a case in point. So why not Washington and Ashwin?”

“Yeah, absolutely. In the ODIs, when the spinners bowl, their job is to get wickets in the middle overs. If they fail to get wickets, then the opposition can score a huge total, with wickets in hand.

“So basically Ashwin’s job will be to get wickets and he is good at that. With the variety he has, he would be a very good attacking option and very few can match his variety. As far as spinners are concerned, you don’t contain the batsmen (in this format), especially in the middle overs,” Dilip Vengsarkar added.

Talks about Ravichandran Ashwin’s return to both ODI and T20I formats have gained more momentum after the dismal performances from the trio of Yuzvendra Chahal, Kuldeep Yadav, and Krunal Pandya in the T20I and ODI matches against England. In the 2nd ODI against England in Pune on Friday, the spin duo of Kuldeep Yadav and Krunal Pandya leaked 156 runs together without taking a wicket in 16 overs.