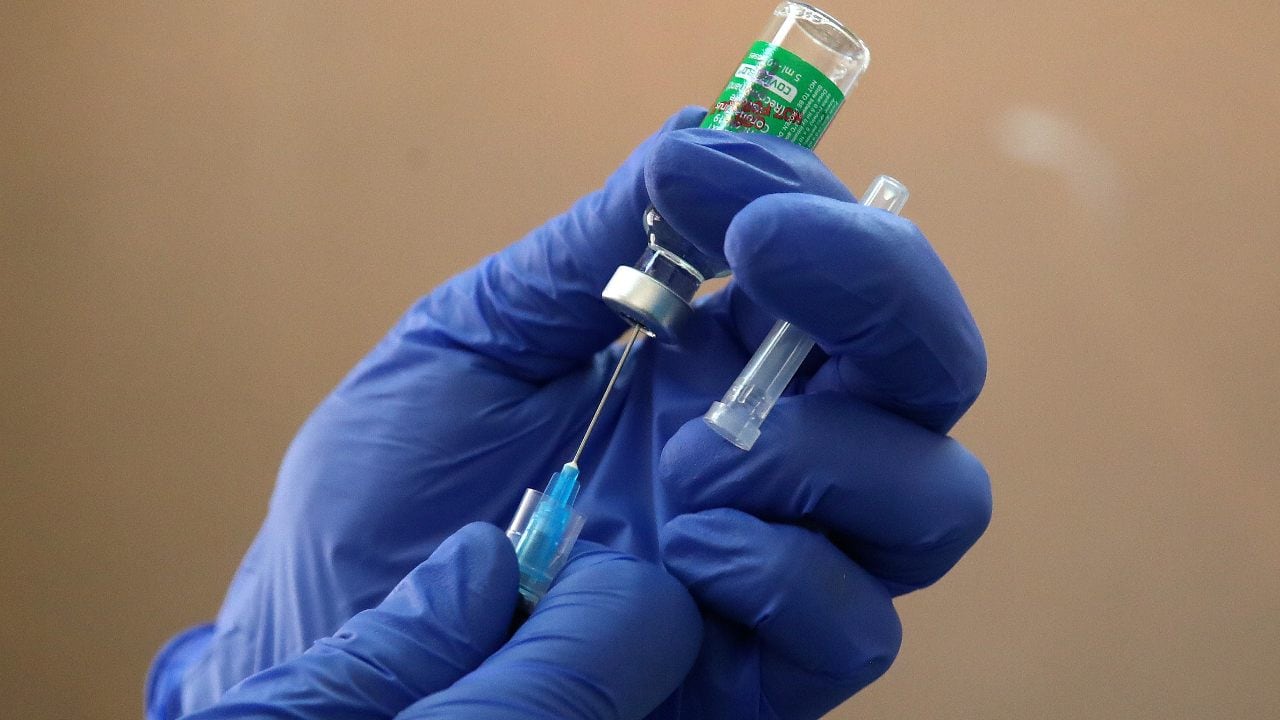 In monopolizing the supply of vaccines against COVID-19, wealthy nations are threatening more than a humanitarian catastrophe: The resulting economic devastation will hit affluent countries nearly as hard as those in the developing world.

This is the crucial takeaway from an academic study to be released Monday. In the most extreme scenario — with wealthy nations fully vaccinated by the middle of this year, and poor countries largely shut out — the study concludes that the global economy would suffer losses exceeding $9 trillion, a sum greater than the annual output of Japan and Germany combined. Equitable distribution of vaccines is in every country’s economic interest, especially those that depend most on trade. It amounts to a rebuke to the popular notion that sharing vaccines with poor countries is merely a form of charity. Image credit: AP Photo/Mahesh Kumar

Nearly half of those costs would be absorbed by wealthy countries like the United States, Canada and Britain.

In the scenario that researchers term most likely, in which developing countries vaccinate half their populations by the end of the year, the world economy would still absorb a blow of between $1.8 trillion and $3.8 trillion. More than half of the pain would be concentrated in wealthy countries.

Commissioned by the International Chamber of Commerce, the study concludes that equitable distribution of vaccines is in every country’s economic interest, especially those that depend most on trade. It amounts to a rebuke to the popular notion that sharing vaccines with poor countries is merely a form of charity.

“Clearly, all economies are connected,” said Selva Demiralp, an economist at Koc University in Istanbul who previously worked at the Federal Reserve in Washington, and one of study’s authors. “No economy will be fully recovered unless the other economies are recovered.”

Demiralp noted that a global philanthropic initiative known as the ACT Accelerator — which is aimed at providing pandemic resources to developing countries — has secured commitments for less than $11 billion toward a $38 billion target. The study lays out the economic rationale for closing the gap. The remaining $27 billion may, on its face, look like an enormous sum but is a pittance compared with the costs of allowing the pandemic to carry on.

The commonplace idea that the pandemic respects neither borders nor racial and class divides has been promoted by corporate chief executives and pundits. This comforting concept has been belied by the reality that COVID-19 has trained its death and destruction of livelihoods on low-wage service workers, and especially racial minorities, while white-collar employees have been able to largely work safely from home, and some of the world’s wealthiest people can ride out the pandemic on yachts and private islands.

But in the realm of international commerce, there is no hiding from the coronavirus, as the study brings home. Global supply chains that are vital to industry will continue to be disrupted so long as the virus remains a force.

A team of economists affiliated with Koc University, Harvard University and the University of Maryland examined trade data across 35 industries in 65 countries, producing an extensive exploration of the economic impacts of unequal vaccine distribution.

If people in developing countries remain out of work because of lockdowns required to choke off the spread of the virus, they will have less money to spend, reducing sales for exporters in North America, Europe and East Asia. Multinational companies in advanced nations will also struggle to secure required parts, components and commodities.

At the centre of the story is the reality that most international trade involves not finished wares but parts that are shipped from one country to another to be folded into products. Of the $18 trillion worth of goods that were traded last year, so-called intermediate goods represented $11 trillion, according to the Organization for Economic Cooperation and Development.

The study finds that the continued pandemic in poor countries is likely to be worst for industries that are especially dependent on suppliers around the world, among them automotive, textiles, construction and retail, where sales could decline more than five percent.

The findings add a complicating layer to the basic assumption that the pandemic will leave the world economy more unequal than ever. While this appears true, one striking form of inequality — access to vaccines — could pose universal problems.

In an extraordinary testament to the innovative capacities of the world’s most skilled scientists, pharmaceutical companies produced lifesaving vaccines in a small fraction of the time thought possible. But the wealthiest countries in North America and Europe locked up orders for most of the supply — enough to vaccinate two and three times their populations — leaving poor countries scrambling to secure their share.

Many developing countries, from Bangladesh to Tanzania to Peru, will likely have to wait until 2024 before fully vaccinating their populations.

The initiative to supply poor countries with additional resources gained a boost as President Joe Biden took office. The Trump administration did not contribute to the cause. Biden’s chief medical officer for the pandemic, Dr. Anthony Fauci, promptly announced that the United States would join the campaign to share vaccines.

In contrast to the trillions of dollars that governments in wealthy countries have spent to rescue companies and workers harmed by the health emergency and the wrenching economic downturn, developing countries have struggled to respond.

As migrant workers from poor countries have lost jobs during the pandemic, they have not been able to send as much money home, leveling a major blow to countries that have relied on these so-called remittances like the Philippines, Pakistan and Bangladesh.

The global recession has slashed demand for commodities, decimating copper producers like Zambia and Congo, and countries dependent on oil exports like Angola and Nigeria. As COVID-19 cases have soared, that has depressed tourism, costing jobs and revenue in Thailand, Indonesia and Morocco.

Many poor countries entered the pandemic with debt burdens that absorbed much of their government revenue, limiting their spending on health care. Private creditors have refused to participate in a modest debt suspension program forged by the Group of 20. The World Bank and the International Monetary Fund both promised major relief but failed to produce significant dollars.

This, too, appears to be changing as new leadership takes over Washington. The Trump administration opposed a proposed $500 million expansion of so-called special drawing rights at the IMF, a reserve asset that governments can exchange for hard currency. Biden’s ascent has bolstered hopes among fund members that his administration will support the expansion. Democrats in Congress — now in control of both chambers — have signaled support for a measure that would compel the Treasury to act.

Still, in capitals like Washington and Brussels, the discussion about support for the developing world has been framed in moral terms. Leaders have debated how much they can spare to help the planet’s least fortunate communities while mostly tending to their own people.

The study challenges that frame. In failing to ensure that people in the developing world gain access to vaccines, it concludes, leaders in the wealthiest nations are damaging their own fortunes.

“No economy, however big, will be immune to the effects of the virus until the pandemic is brought to an end everywhere,” said John Denton, secretary-general of the International Chamber of Commerce. “Purchasing vaccines for the developing world isn’t an act of generosity by the world’s richest nations. It’s an essential investment for governments to make if they want to revive their domestic economies.”