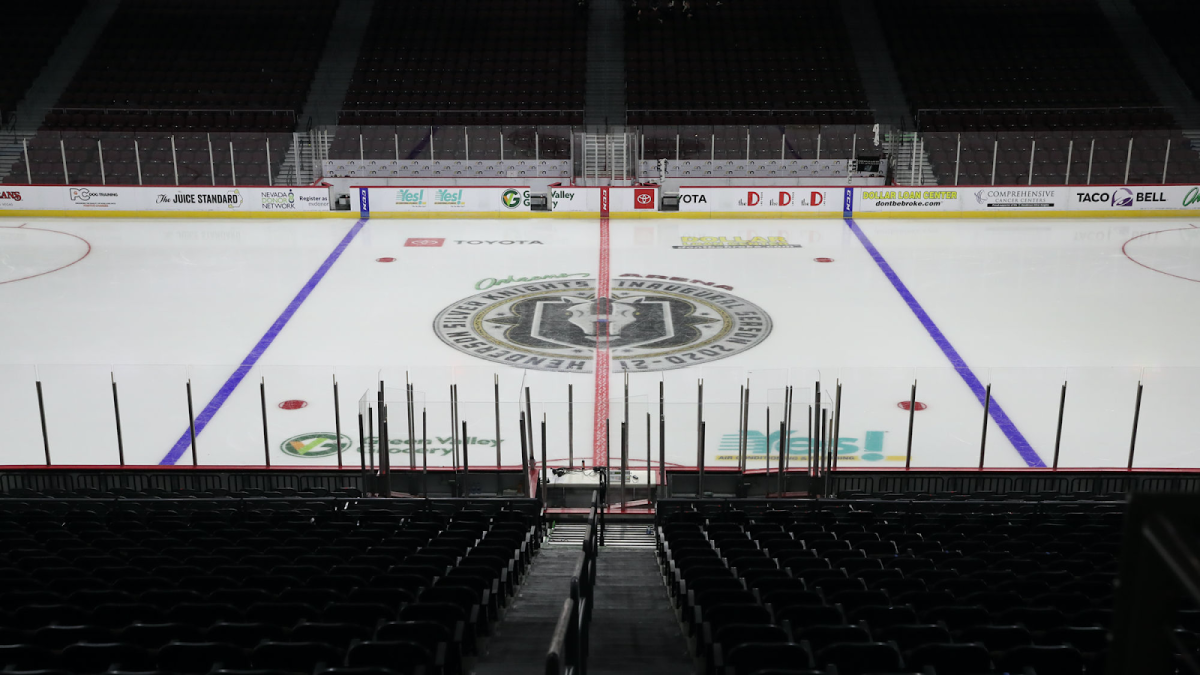 The Henderson Silver Knights’ “we don’t have COVID” tweet raised a lot of questions already answered by the tweet.

Namely, if nobody on the AHL team had a positive COVID test, why was the Silver Knights’ preseason game against the San Jose Barracuda abandoned after two periods?

KVVU, the Fox affiliate in Las Vegas, reported that Barracuda players left the ice first, but that San Jose’s scratches stuck around in the stands. That could just be a matter of waiting for their teammates to dress before getting back on a team bus.

Either way, it seems pretty bad that they played two periods of hockey in a situation that wound up calling for the third period not to be played.

Likewise, there are questions about Minnesota Wild center Marco Rossi having had coronavirus in November, returning to play a game in the Swiss league with Zurich, suiting up for Team Austria at the World Junior Championship, and now… having COVID-19 complications.

There are plausible explanations, most notably the examples of coronavirus patients who have relapsed, and in some cases tested negative for the virus even after the return of symptoms. Another possibility is an issue with myocarditis, which has been associated with COVID-19, often has no symptoms, and is difficult to diagnose.

The scrubbed AHL game and confirmation of Rossi’s complications come on the heels of the Metropolitan Riveters having to bow out of the NWHL season because of the virus. The NHL already has had to juggle its schedule because of outbreaks with multiple teams, with the Monday and Wednesday games between the Golden Knights and Sharks already postponed.

It’s been clear since October — if it wasn’t clear even before that — that hockey, a petri dish of a sport even in the best of times, was the worst-suited sport to play on in the middle of a raging pandemic. They play on, and they keep losing to the virus. And once again, all we can do is hope that we don’t see a 21st century Joe Hall.