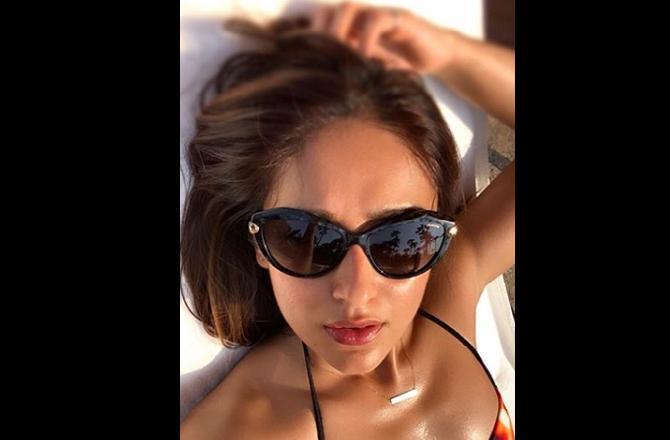 A few days back, Ileana D’Cruz revealed that she had been facing body shaming for quite some time. She said she even struggled with weight issues and has been troubled by incessant trolling as well. However, now she says that she is learning to acknowledge that her body is flawed and that it was okay.

Speaking to Mumbai Mirror, the Pagalpanti actress talked about how we are constantly trying to look at our body in a certain way. “If I look in the mirror and see that I am a bit lumpy, I should be okay with it as it is normal. It’s okay to have a little bump, some scars too, as they add to your character, make you who you are. One needs to be forgiving towards oneself, understand that we were not meant to be perfectly sculpted statues. We are flawed and imperfect as that is what makes us who we are,” she said.

The actress also revealed that she was away from her family for more than eight months due to COVID-19 and the subsequent lockdown. She took a flight to the US to meet her family once the lockdown restrictions were lifted. Revealing how being away from her family affected her daily life, she said, “Normally, I’m a positive person, but with everything that had been happening, the moment I saw my family, I broke down. It was a huge relief spending time with them. I didn’t want to come back.”

Also Read: Ileana D’Cruz: There Are Only Two To Three People Who Know Me Inside-Out In The Film Industry

Last month, the actress took to her Instagram account and penned a powerful note on her insecurities and how she had finally decided to overcome them. Sharing a black-and-white picture of herself, this is what she had to write – “I’ve always worried about how I looked. I’ve worried my hips are too wide, my thighs too wobbly, my waist not narrow enough, my tummy not flat enough, my boobs not big enough, my butt too big, my arms too jiggly, nose not straight enough, lips not full enough. Not realising I was never meant to be perfect. I was meant to be beautifully flawed.”

On the work front, Ileana is now gearing up for The Big Bull with Abhishek Bachchan. For the uninitiated, this drama is touted to be based on the life of Harshad Mehta and the securities scam that happened in 1992. The film will release on Disney+ Hotstar. The story will narrate real-life events of the Indian financial market between 1990 and 2000 and will be directed by Kookie Gulati. It’s bankrolled by Ajay Devgn.

Ileana D'Cruz on meeting her family after months: The moment I saw them, I broke down