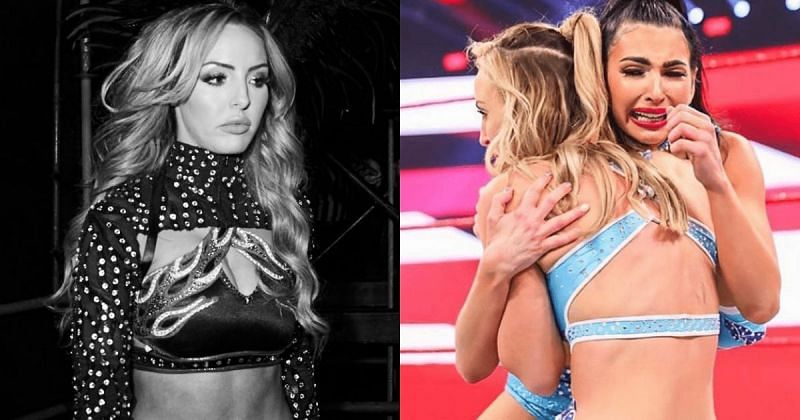 WWE split the IIconics on 31st August 2020, and the decision to end the long-term alliance between Peyton Royce and Billie Kay surprised several fans. The split came out of nowhere on a RAW episode, and both members have since embarked on singles journies on different brands.

SK Wrestling’s Rick Ucchino caught up with Peyton Royce for an exclusive interview ahead of the Royal Rumble PPV. The former WWE Women’s Tag Team Champion was asked about her reactions to the IIconics split.

Peyton Royce revealed that she found out about WWE’s plan to break up the IIconics on the day of the show or the day before it happened.

Royce spoke about how she grew up with Billie Kay and that the Australian duo shared the same dreams and career trajectories. Royce and Kay went to high school together, and they would later form a tag team that would eventually get them spots in the WWE.

Royce admitted that she was still coming to grips with the fact that her on-screen partnership with Billie Kay met a sudden end.

Here’s what Peyton Royce had to say during part 1 of the SK Wrestling interview:

“I mean, it was right there in that moment we found out what the stipulation was that day, maybe the day before, I don’t know. I don’t have a very good memory. But, it really was, Billie and I, we, more than just who we are as WWE Superstars; we have grown up together. So, for us to like, you know, our whole dreams, our whole journies have been together. So for that to be just torn apart and like you said, so abruptly, I feel like I’m still digesting it, and I’m still trying my footing without her.”

Billie Kay would react to Peyton Royce’s comments with the following tweet:

I feel the exact same. My life partner ♥️

Peyton Royce has been one of the WWE women’s division Superstars who have reportedly impressed Vince McMahon. The belief was that the Australian Superstar would receive a solid singles push following WWE disbanding The IIconics. WWE has, however, paired her up with Lacey Evans on RAW.

2021 could be Peyton Royce’s year if given the right opportunities, and she would love to make a strong impression at the upcoming Royal Rumble PPV.

Make sure to check out PART ONE of SK Wrestling’s conversation with Peyton Royce in the video above. PART TWO will be out on the SK Wrestling YouTube Channel on Thursday.