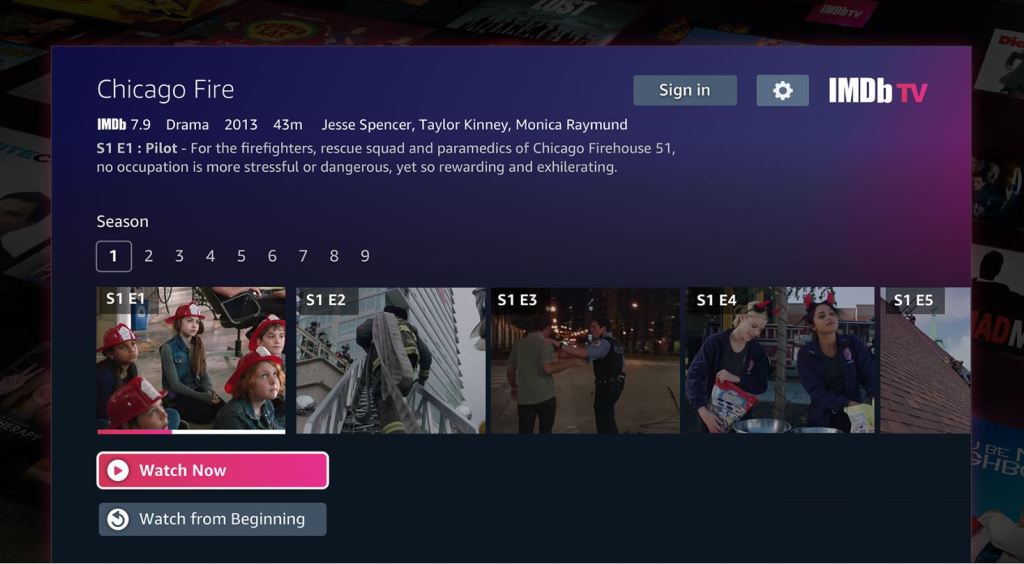 IMDb TV, Amazon’s free and ad-supported streaming service, is now available as its own app on Roku platforms in the U.S. after the companies reached a distribution deal.

Users of smart TVs with the Roku interface or Roku connected devices will be able to access IMDb as an app on the main platform. In addition, it will continue to be available as an app on Amazon’s Fire TV and as a free option on Amazon Channels, which Roku users have been able to access in the past.

IMDb TV, which launched as IMDB FreeDive in 2019 before a rebrand, is a venue for originals produced by Amazon Studios. Original titles include spy thriller Alex Rider and docuseries Top Class: The Life and Times of the Sierra Canyon Trailblazers, which premieres Feb. 26. IMDb TV originals premiering later in 2021 include the true-crime docu-series Moment of Truth, a new version of crime drama Leverage, and the Untitled Judge Judy Sheindlin Project.

The platform made news last year for being the main third-party streaming entity involved in a deal for Mad Men after the AMC drama ended its run on Netflix. Other notable library titles include TV series like Chicago Fire and Schitt’s Creek and films such as The Maze Runner, Ender’s Game and Shrek Forever After.

IMDb TV, which says it has about half the commercial load of traditional TV, is part of a group of free, ad-supported streaming outlets seeing a surge of viewing and ad spending. Adoption of smart TVs (one in three of which has a Roku interface) is also helping with free streaming, as is the economic climate.

“We are thrilled to provide customers a seamless and easy way to view our broadly-appealing content with the distribution of our IMDb TV app onto millions of Roku devices,” said Mark Eamer, VP of IMDb TV, OTT and Brand Advertising. “We look forward to delivering our catalog of hit movies, acclaimed series, nostalgic TV and inventive IMDb TV Originals to Roku’s engaged customers.”