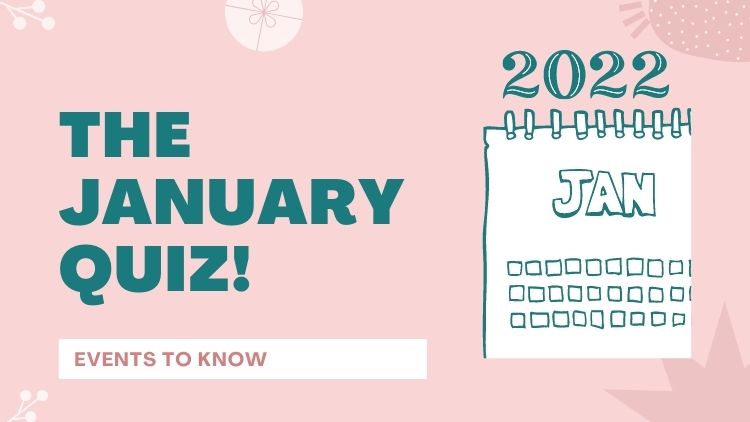 Every month has many days and events to celebrate and respect national and international patriotic events. Similarly, January has some of the very salient events and days to celebrate and honour the cause. These days are also essential to spread awareness about different diseases, mourn and think of the sacrifices of the great martyrs we have lost to wars in history.

Let us look at some of those dates now:

Louis Braille, a French educator with the thought of making something so that blind people could read, invented Braille. He got this motivation due to an accident during his childhood, which made him blind by the age of three.

Wars have done unaccountable damages in the past to fighters, their families, and the nation itself on both sides. Therefore, to spread awareness about the crises, the emotional and social discrimination the war orphans face, this day is celebrated.

To mark the contributions of the Indian community overseas towards the development of India, this day is celebrated.

To emphasize the importance of the language Hindi, one of the oldest and widely spoken languages in India, this day came into existence.

The main aim of this is to make the roads and streets of India safer. The government spreads awareness about how to drive safely to avoid accidents and injuries every year during this week.

National Youth Day is celebrated every year in order to honour the birth of Swami Vivekananda, who was India’s one of the greatest believers and leaders who believed in youth power. This day was declared in 1985 and is being celebrated still.

To honour and respect the war veterans, this day came into existence. It was first celebrated to pay respects to the services rendered by the first Commander-in-Chief of the Indian Army Field Marshal KM Cariappa, OBE.

The first Indian to take charge as chief of the Indian Army was General Kodandera M Cariappa in 1949.

The National Disaster Response Force (NDRF) is going to celebrate its 17th Raising Day. It is an Indian specialized force constituted “for the purpose of special response to a threatening disaster situation or disaster” under the Disaster Management Act, 2005.

National Girl Child Day: Inequalities, gender issues, and low-level treatment that every girl faces in Indian society to raise awareness about all the above problems.

National Voters Day: To create awareness about the largest democratic tool, the Electoral process, this day was chosen. Every citizen should use their vote properly to make the society better.

National Tourism Day:  Tourism, the historical artifacts, and history of the country, the scenic beauty of the country’s environment for others to visit, which indirectly raises the country’s economy to create awareness that national tourism day is celebrated.

Republic Day:  This day marks and celebrates the date on which the Indian constitution came into effect on the 26th of January 1950.

International Customs Day (ICD): This day is celebrated to mark the bravery of the customs officials and their agencies that help in maintaining border security.

Martyrs’ Day: This day is to remember the sacrifices that our soldiers made in order to protect the country by risking their lives.