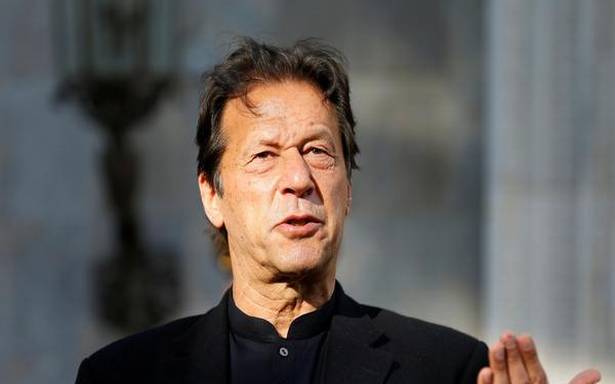 Pakistan Prime Minister Imran Khan has asserted that the Army is a state institution which works under him, amid Opposition’s allegations of the powerful military establishment’s interference in the country’s politics and elections.

Pakistan Democratic Movement (PDM), a 11-party opposition alliance, has been holding massive rallies since its inception in September to seek Mr. Khan’s ouster and press the military to stop interfering in politics. The PDM has been accusing the Pakistan Army of installing “puppet” Prime Minister Khan through a manipulated election in 2018. The Army, which has ruled Pakistan for more than half of its 70 plus years of existence, has hitherto wielded considerable power in the matters of security and foreign policy.

However, the military has denied meddling in the country’s politics. Mr. Khan also denies that the army helped him win the election in 2018.

According to the ‘Lahore Declaration’ signed by the Opposition parties on Monday, the military establishment had stolen the people’s mandate in the 2018 election and imposed a “hybrid and inefficient” government on the masses.

In an interview to SAMAA TV on Friday, 68-year-old Mr. Khan rebutted accusations that he does not have any real authority and said that the Pakistan Army is a state institution, which works under him.

On Opposition’s claims that the government wouldn’t hold if not for the support from the powerful establishment, he said he is the country’s democratically elected Prime Minister and so the institutions back him.

Mr. Khan said the Opposition does not want to hold talks with the government and is instead pressuring the Army to send a democratic government packing. This can be called treason, he said.