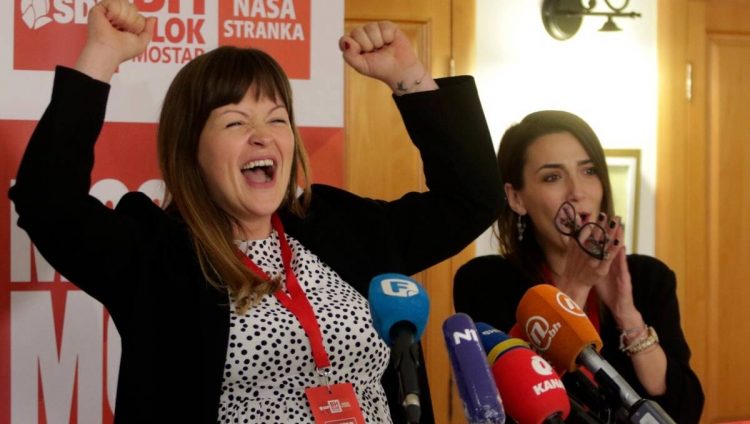 Preliminary results from the first local election in 12 years in the Bosnian town of Mostar on Sunday showed most votes going to the Croat and Bosniak parties whose rivalry had left the ethnically divided town without a city council since 2012.

The coalition of multi-ethnic moderate parties BH Bloc won enough votes to act as a kingmaker in the future 35-member city council, according to unofficial preliminary results from the parties and election authorities.

It is not clear if the two main parties will form a coalition again or enter coalitions with other smaller parties.

“I expect the city to start functioning because so far nothing has been functioning,” Hedija Hadzic, a woman in her 50s, told Reuters TV. “At least we’ll get the city council.”

The southern town, renowned for its Ottoman-era Old Bridge, is the most multi-ethnic town in Bosnia but the Croat and Bosniak communities have been largely separated by the Neretva river since the end of the country’s civil war in the mid-1990s.

Fifty-five per cent of about 100,000 registered voters had cast their ballots by 1800 GMT, when polling stations closed, election authorities said. Most followed social distancing measures against the coronavirus pandemic, they added.

Observers said the election proceeded without any major incidents and irregularities.

Mostar has not held an election since 2008 because the Croat and Bosniak nationalist HDZ and SDA parties were unable to agree on electoral rules.

The dispute was settled thanks to a 2019 court ruling won by Irma Baralija, a philosophy teacher who filed a suit against Bosnia at the European human rights court for failing to hold elections in Mostar.

The election commission presented results only for the central zone but the trend is unlikely to change as results come in from other electoral units.

HDZ and SDA have held a firm grip over Mostar for more than a decade, each governing its own part of the town and its separate utilities, postal companies, universities and hospitals.

“The most important is that election took place and finally introduced Mostar into a democratic world,” Faruk Kajtaz, a journalist and analyst from Mostar told N1 television.