Home General In efforts to vaccinate Europeans, a push to overcome skepticism.

In efforts to vaccinate Europeans, a push to overcome skepticism. 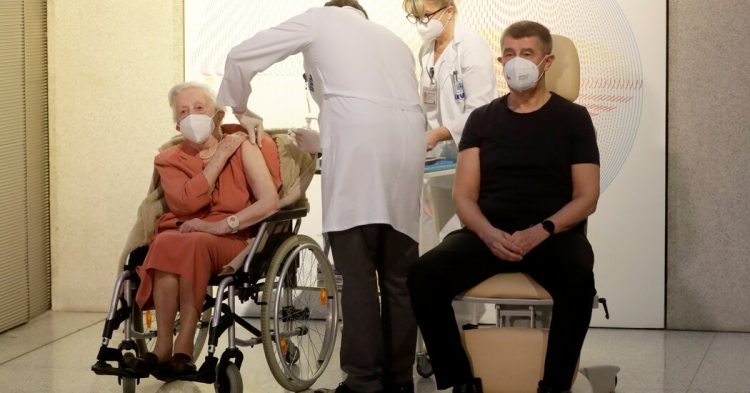 Prime Minister Andrej Babis of the Czech Republic received his country’s first coronavirus vaccination on Sunday, followed by a World War II veteran, as the nation began both a vaccine campaign and a stricter lockdown to confront a second wave of infection that is sweeping thorough Eastern Europe.

His vaccination — like that of political leaders in Bulgaria, Greece and several other nations — was partly intended to overcome skepticism over coronavirus vaccines.

“The vaccine which arrived from the European Union yesterday, that is a hope, a hope that we will return to a normal life,” Mr. Babis said before receiving the jab in Prague’s Central Military Hospital.

In a survey published in Poland last week, only 17 percent of respondents said they wanted to be vaccinated as soon as possible. The survey — conducted by Warsaw Medical University and ARC Rynek i Opinia, a pollster — found that a further quarter of respondents would rather wait, while 38 percent said they did not want to be vaccinated at all, according to the Polish newspaper Gazeta Wyborcza.

There are social incentives for people to be inoculated, however.

In Poland, those who can show proof of vaccination will be exempt from limits on gatherings outside the home and will not be required to undergo the mandated 10 days of quarantine upon entering the country.

Poland was largely spared during the first wave of the virus, but it has torn through the country in recent months. With hospitals struggling to meet the demand and the death toll rising, restrictions on movement were reintroduced after Christmas.

Although the European Union’s vaccination effort was due to kick off in member states collectively on Sunday, both Slovakia and Hungary got a head start on Saturday, shortly after doses arrived in their countries.

The coordinated effort across the bloc’s 27 member states is intended to ensure that the smaller members receive equal treatment to larger, wealthier countries such as Germany and the Netherlands.

Each E.U. member state decides which groups to prioritize. Austria and Slovenia are focusing on residents of care facilities, while Slovakia is putting doctors, nurses and other medical workers first.