Home General In One Person, the Story of a Place

In One Person, the Story of a Place 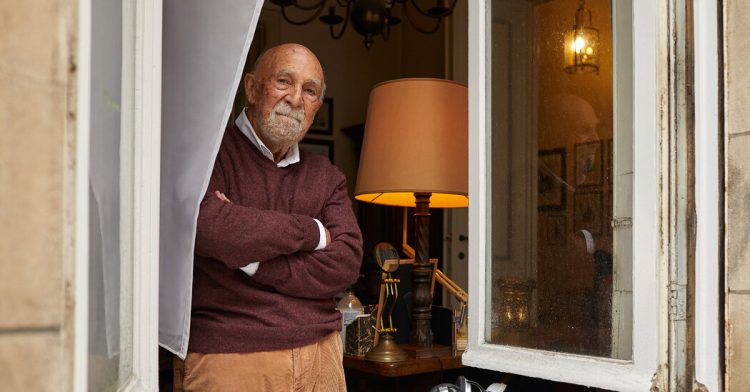 Times Insider explains who we are and what we do, and delivers behind-the-scenes insights into how our journalism comes together.

A Holocaust survivor who plays music for his neighborhood; a farmhouse poet in China turned international literary celebrity; a guy who’s walking the earth with his donkey, Judas.

Local figures from around the world fill the Saturday Profile feature, which weaves colorful characters into the larger scope of The New York Times’s international coverage. The profiles capture people from all walks of life in the countries Times journalists report from.

“They don’t have to be famous people,” said Kyle Crichton, the editor of the column. “They just have to be interesting.”

Mr. Crichton, a deputy international editor in The Times’s London office, took over the column soon after it began in 2002, and has since shaped it into the weekly staple that it is today.

“The animating idea of it was to highlight people that you might never really see in the big news cycles,” Mr. Crichton said. “It brings you into a corner of the world that you really didn’t know existed and it lights it up.”

More than 700 people have been cataloged in the Saturday Profile’s lineup, and writers and editors posted all over the world have contributed.

The Times’s Brussels correspondent, Matina Stevis-Gridneff, typically covers the European Union. But recently she wrote a Saturday Profile about her neighbor, Simon Gronowski, who survived the Holocaust by hiding in attics for 17 months. In April, when Brussels shuttered itself against the first wave of the coronavirus, Mr. Gronowski was moved by memories to play piano out of his window.

“My backyard and his backyard face each other, so I’d never met him, I’d never seen him around in the neighborhood,” Ms. Stevis-Gridneff said. “And then of course we were locked in so we didn’t really see anyone around anyway.”

And though profiles aren’t her usual form, as the pieces fell into place she was pleasantly surprised.

“Genres that require more voice are often a bit daunting for people like me who are used to doing different types of writing,” Ms. Stevis-Gridneff said. “But I quite like this freedom — this kind of voice, the humanity. It also felt really different from the very grim and incredibly densely reported work I’d been doing on Covid.”

Once her interview with Mr. Gronowski was translated from French to English, it took only two days to write the draft.

“It was one of the easiest pieces I’ve written in my life,” Ms. Stevis-Gridneff said. “It just came very naturally — the arc of his story was clear, his personality was so vivid.”

The reception in her multinational neighborhood, she said, was also surprisingly delightful.

“I got emails from neighbors I didn’t know, who had our story sent to them from friends in the U.S. or the U.K.,” Ms. Stevis-Gridneff said. “I heard from a Belgian woman, a Dutch woman and a Danish man who live on my block.”

These glimpses into distinct communities around the world are what the column tries to bring to readers.

“That’s what you want when you’re reading stories — you want a slice of life,” said Tess Felder, who often edits the profiles with Mr. Crichton.

Simon Romero, who was The Times’s Andean bureau chief and Brazil bureau chief before anchoring in New Mexico as a national correspondent, wrote more than two dozen Saturday Profiles as he crossed South America.

“It’s a way to write an article about a place in a different kind of format,” Mr. Romero said. “You can tell the story of a place through one person’s story.”

He wrote about a Marxist guerrilla turned Venezuelan politician, a Colombian warlord and Brazil’s eccentric eminence of pulp fiction, among many others.

“I profiled a journalist once, which isn’t too traditional,” Mr. Romero said, referring to his 2012 interview with Cándido Figueredo. “But this guy was at a place in Paraguay and his home essentially had turned into a bunker because he was receiving so many death threats from writing about the drug trade.”

The rewards of telling these stories have been especially gratifying for the writers and editors who work on the Saturday Profile.

“Correspondents, in particular, we’re kind of weird animals in the communities that host us, because we’re only there briefly,” Ms. Stevis-Gridneff said.

“Even if it’s three or four years, that’s still brief in the neighborhood’s life span,” she said. For her, writing a Saturday Profile is “a really moving and meaningful way to anchor myself in my immediate community.”