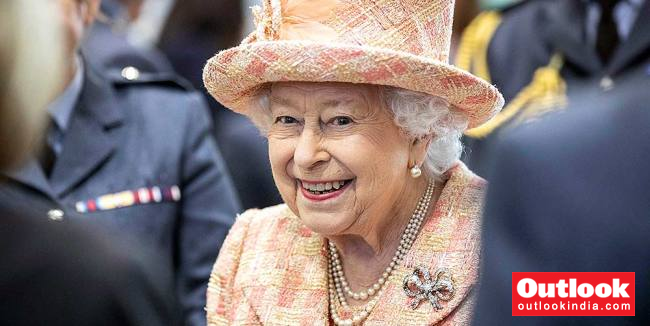 Britain’s Queen Elizabeth II chose a theme of diversity and hope as she referenced all major festivals spent in lockdown this year as part of her traditional Christmas Day speech.

The 94-year-old monarch, who spent her first Christmas in decades without a larger royal family gathering, called for tolerance and mutual respect and reminded people of the contribution made to national life by people of many faiths and backgrounds.

“For Christians, Jesus is ‘the light of the world’, but we can’t celebrate his birth today in quite the usual way. People of all faiths have been unable to gather as they would wish for their festivals, such as Passover, Easter, Eid and Vaisakhi. But we need life to go on,” said the Queen in a pre-recorded message that is annually broadcast at 1500 GMT on December 25.

“Last month, fireworks lit up the sky around Windsor, as Hindus, Sikhs and Jains celebrated Diwali, the festival of lights, providing joyous moments of hope and unity, despite social distancing,” she said.

“Remarkably, a year that has necessarily kept people apart has, in many ways, brought us closer. Across the Commonwealth, my family and I have been inspired by stories of people volunteering in their communities, helping those in need,” she noted.

In a nod to the success of the vaccine, she also highlighted “the achievements of modern science” and paid particular tribute to frontline nurses as she offered her condolences to all who had lost loved ones during a tragic year.

She also spoke of her pride in the way the UK has responded to the coronavirus pandemic with a “quiet, indomitable spirit” as she urged positivity and focused on the good that has prevailed at the close of a tumultuous year dominated by the pandemic and lockdowns.

“We continue to be inspired by the kindness of strangers and draw comfort that – even on the darkest nights – there is hope in the new dawn,” she said.

The message was recorded in Windsor Castle’s Green Drawing Room where the monarch sat alongside a lone photograph of her husband, 99-year-old Prince Philip – who is the only other royal with the monarch at this year’s scaled-down festivities due to a strict lockdown across southern England.

The personal decision to include just one picture marked a stark contrast to the array of framed family portraits that traditionally adorns her desk for the broadcast, reflecting the fact that families across the UK are separated from loved ones this Christmas.

“Wishing a merry Christmas doesn’t feel right this year, so instead we’re wishing for a better 2021,” she said.