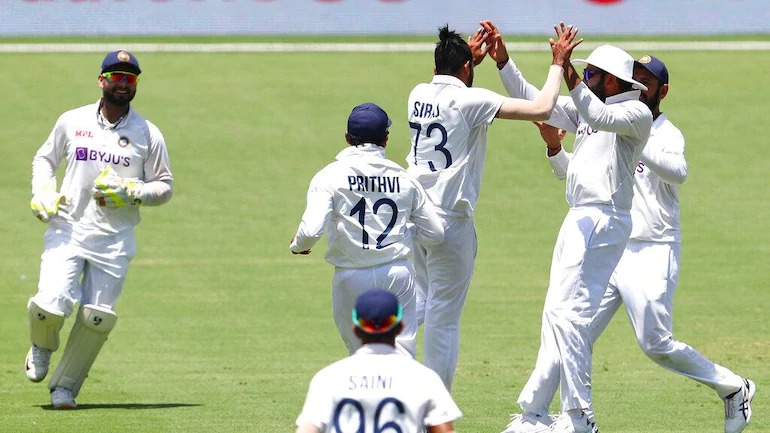 Ind vs Aus: Rajeev Shukla, the vice president of the Board of Control for Cricket in India (BCCI) has said the series win against Australia proves India has cricketing talent in abundance.

On Tuesday, Australia’s fortress — The Gabba — was finally breached. It took 32 years and two months, but the unthinkable was achieved as an injury-ravaged young Indian team beat Australia by three wickets against all odds in the final Test to take the series 2-1. “I would like to congratulate India for winning the series against Australia.

“We are confident of winning every series, the team is strong, we have many players who did take part in this series, this proves we have talent in abundance. Shubman’s knock of 91 is really remarkable. We won without Virat Kohli, just imagine how it would have been if Virat was there. It is so nice to see the team performing well when the senior players were out injured,” he added.

Former India wicket-keeper Syed Kirmani also hailed the performance of the Indian side, saying that the Rahane-led team overcame everything that was thrown in front of them.
“I think this has been the most spectacular win for India, the younger players took the places of players who were out injured, I think they have done a tremendous job. It is magnificent, hats off to them. It was a superlative performance, Australians are supposed to be bad losers, there have been instances of sledging. Paine sledging from behind was not a good sign, players like Smith and Paine should be leading from the front, my hats off to Ajinkya Rahane and his team. For the first time, Pant has taken the team to victory. Now he is gaining a lot of experience of how he can win the matches for the country. I am sure every Indian player believed in their ability,” Kirmani told ANI.

Pant and Shubman Gill played knocks of 89 and 91 as India recorded a famous three-wicket win over Australia.

The last time a visiting team came out triumphant from the Brisbane Cricket Ground was back in November 1988 when the mighty West Indian outfit under the leadership of Viv Richards thrashed Allan Border’s team by 9 wickets.

What makes the feat even more commendable is how the Indians fought multiple injuries and mental fatigue — due to the bio-bubble restrictions — to register a historic win. (ANI)