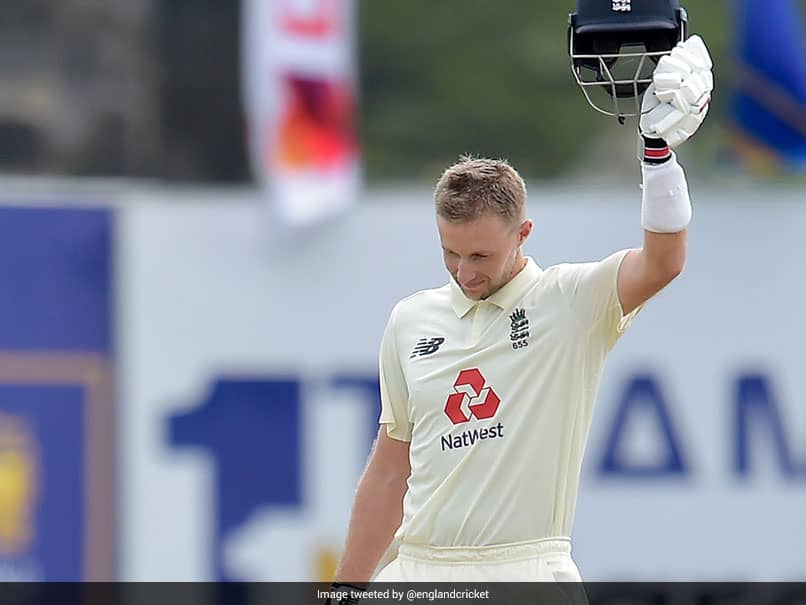 IND vs ENG: Joe Root made his Test debut against India in 2012.© Twitter


Skipper Joe Root on Friday became the 15th cricketer to play 100 Tests for England. Root achieved the feat in the first Test against India at the MA Chidambaram Stadium in Chennai. Before the start of the game, Root received his 100th cap from all-rounder Ben Stokes. In the recent Test series against Sri Lanka last month, Root had led his side by example scoring 228 and 186 as they clinched the series 2-0.

The right-handed batsman made his Test debut against India in 2012. Prior to this game, Root has scored 8,249 runs in Test cricket including 19 centuries and 49 half-centuries. He is the fourth-highest Test scorer for England, only behind former captain Alastair Cook (12,472 runs), Graham Gooch (8,900 runs) and Alec Stewart (8,463 runs).

England assistant batting coach Graham Thorpe had said that Root is a great student of the game who is focused on scoring more runs and improving his game.

“I think you need a good sense of humour to play that amount of cricket because you will experience highs but there are gonna be some moments in the way where you have your lows and you have to show a bit of character and resilience. And then you have to adapt to the next situation and sometimes you have to tinker with your technique and you have to manage all that,” Thorpe had said before the start of the series.

“To play 100 Test matches is no mean feat and he will be very proud and his family will be very proud. He is a great student of the game, watching other people play and learning. He is somebody who does not want to be standstill and he got a great hunger to score runs as well and improve,” he had added.

England have won the toss and elected to bat in the opening Test of the series that began on Friday.