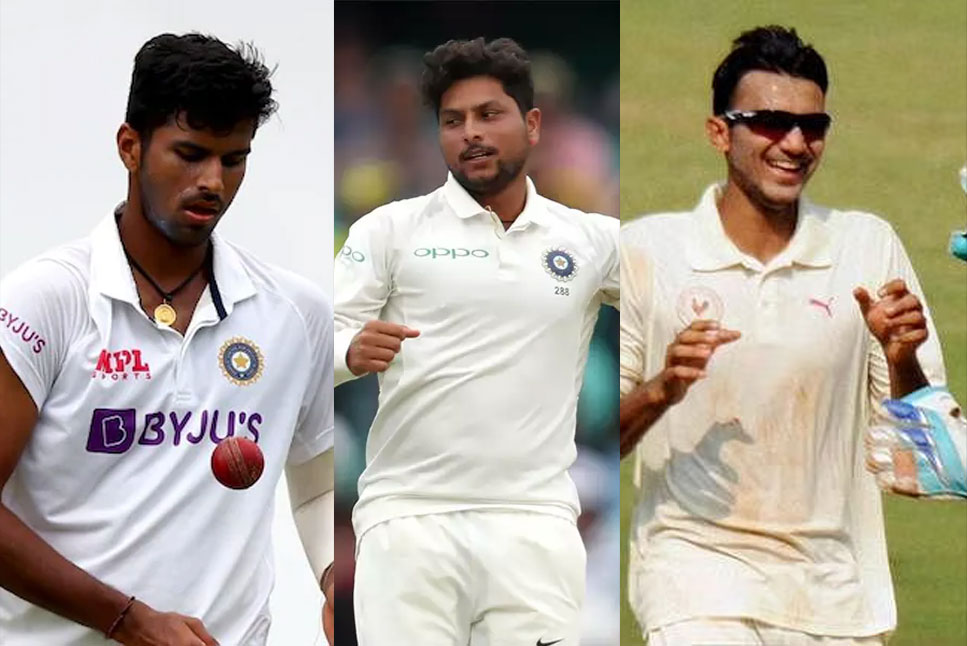 Ind vs Eng 2nd Test – India’s playing XI: Fit again Axar Patel is ready to make his test debut as the 2nd Test match between India vs England starts today in Chennai. India will be playing 3 spinners at spin-friendly track in Chennai. While Ravichandran Ashwin will spearhead the spin attack and Axar Patel almost a certainty as 2nd spinner – the fight for the 3 spin slot between Kuldeep Yadav and Washington Sundar still remains.

BCCI on Thursday announced Axar Patel will be available for selection for the second Test. The allrounder was ruled out of the first Test due to knee pain but will be in contention for the playing XI position. India might pick him as their second spinner, given the fact he was their first-choice before missing out from Chepauk Test. “He was always first choice to play the opening Test but it will depend on skipper Virat Kohli, head coach Ravi Shastri and bowling coach Bharath Arun,” a BCCI source said, reported PTI. His batting prowess in the lower order strengthens his chances of making a Test debut.

Kuldeep Yadav and Washington Sundar will engage in a fierce battle for the one spot. While the former will mark his return to Test after two years if picked in playing eleven, the latter will have a chance for redemption after underwhelming bowling on display.

Indian skipper Virat Kohli was clearly disappointed by Sundar’s performance. In the post-match conference, he said: “If you talk about fast bowlers and Ashwin, they bowled consistently in good areas. The three of them. But I think if Washy (Washington Sundar) and Shahbaz (Nadeem) would have bowled those economic spells, the pressure created would have been more. The situation would have been different. The opposition would have scored 80-90 runs less.”

Kohli had also argued that Kuldeep’s inclusion in the first Test would have made the spin attack too one-dimensional. Just like Sundar and Ashwin, the left-arm chinaman bowler also bowls into the right-hander. However, with reports of some turn right from the first day of the second test might brighten Kuldeep’s chances for selection.

Unlike the first Test, where slowness of the pitch was a more pressing issue, the left-arm chinaman can be a big challenge for England batsmen with a better surface and some spin much early in the second Test.

With Axar’s batting experience, India can concentrate on their wicket-taking spin options rather than batting depth. Kuldeep spins into the right-handers, and while Kohli believes it will be one-dimensional, the chinaman does bring the off-stump into play, creating opportunities for getting bowled and LBW.