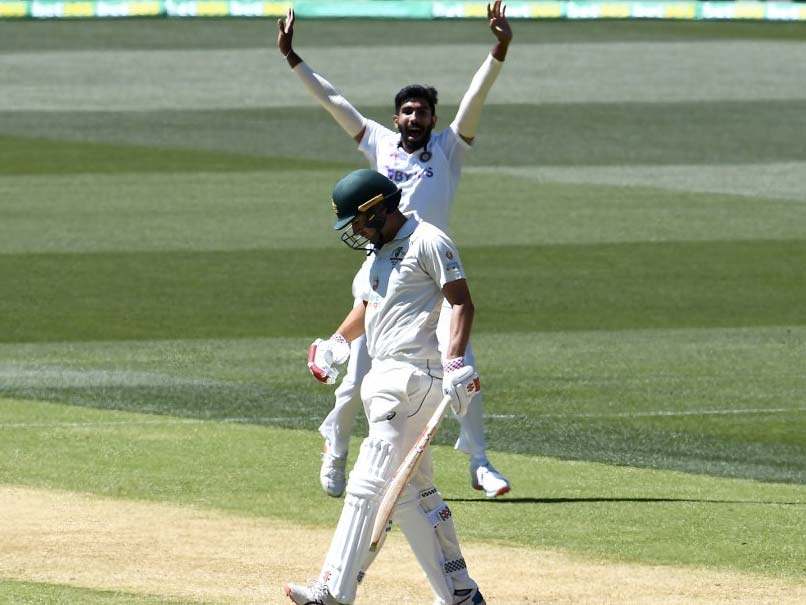 England opening batsman Rory Burns on Thursday said that India pacer Jasprit Bumrah is a hard bowler to plan against, looking at the angle he bowls with. India and England are set to face off in four Tests, three ODIs, and five T20Is. The first two games of the 4-game series will be played in Chennai, before the cricketers move to Ahmedabad for the third and fourth Test. “Bumrah is quite a hard man to prepare for, isn’t he? He is obviously unique in terms of how he comes and bowls. It would just be about working those angles. I saw the recent series between India and Australia and they are in a pretty handy form, not necessarily their first playing XI at different points, but still, they managed to get over the line, it is just going to be a big challenge in their own conditions, looking forward to it,” said Burns during a virtual press conference on Thursday.

Burns also said that the spin duo of Dom Bess and Jack Leach should not be putting any expectations on themselves to perform in the India series, rather they should just aim to perform to the best of their ability. The opening batsman also added that the pitches in India might be a little pace friendly looking at the likes of Bumrah, Ishant Sharma, and Mohammed Siraj.

“I do not think Dom Bess and Jack Leach would be putting any expectations on themselves. They would go about their business, they were fortunate to be bowling in Sri Lanka which got them into their groove, it’s just about switching their skills, I think they both have been here on different tours, they have some experience in that aspect, I do not think they should be putting any expectations on themselves. The pitches might be a little seam friendly early on looking at India’s seam attack, day-night Test is also there, so pitch might be a little different,” said Burns.

England’s touring contingent arrived in Chennai on Wednesday and all the members are undergoing quarantine. Ben Stokes, Jofra Archer, and Rory Burns arrived earlier as the trio did not play the Test series against Sri Lanka.

“It is obviously a challenge, we cannot do much about the schedule, if you waste time thinking about that, it won’t be any good to you. We have three days to put in the work and try to get used to the conditions here. Then it’s a mental switch really, I guess that’s the challenge, I have been around for a while now so I have some experience to draw from,” said Burns.

England defeated Sri Lanka in the two-match Test series this month. Skipper Joe Root was in impeccable form as he registered a double-century in the first Test, and then he followed it up with a 186-run knock in the second Test.

“Root obviously leads from the front, you have seen that in the Test series against Sri Lanka, it was incredible to see him go about his business. He is a leader by example, in terms of how he captains the team, he is an easy bloke to follow,” said Burns.