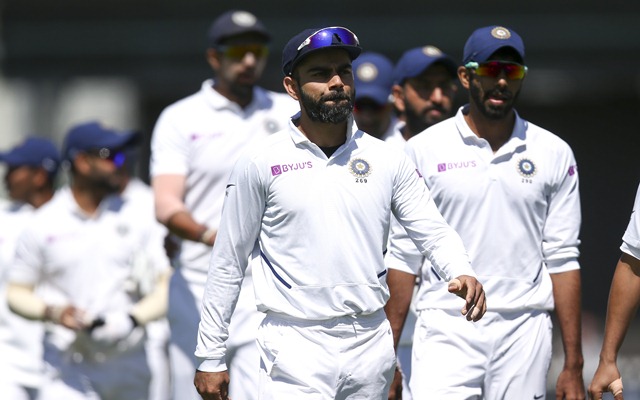 As the fans continue to grasp what happened in Brisbane where Team India scripted a landmark, the Board of Control for Cricket in India (BCCI) has announced the squads for the first two Test matches against England. Virat Kohli, who traveled back to the country after the first Test against the Aussie to be with her wife Anushka Sharma, who was expecting the birth of their first child has returned to the squad and will take up the leadership duties.

Along with Kohli, Ishant Sharma has also made a comeback to the squad after missing the entire Australia series owing to an abdominal injury he sustained during the IPL. The veteran fast bowler proved his match fitness playing the league phase of the Syed Mushtaq Ali Trophy.

On the other hand, Hardik Pandya has returned to the Test set-up for the first time since the tour of England in 2018. The ace all-rounder, who recently lost his father, was a part of the limited-overs squad in Australia but wanted some rest to his back before he returns to red-ball format.

Jasprit Bumrah, Mohammed Siraj, Shardul Thakur retained their berths following excellent showdowns in the land of Kangaroos, but T Natarajan, who was added to the Test squad as a replacement was left out. Siraj finished the Australia tour with 13 wickets in three Tests, the highest for India, while Thakur picked up seven wickets along with a crucial half-century.

Ravichandran Ashwin will continue to lead the spin department. Washington Sundar, who had an impressive debut in Brisbane where he contributed with both bat and ball retained his berth along with Kuldeep Yadav while finger dislocation kept Ravindra Jadeja out of action.

Shubman Gill and Rohit Sharma will likely extend their opening partnership, with Mayank Agarwal named the third opener. Prithvi Shaw was left out altogether. Shaw featured in just the Day-Night Test in Adelaide, before being dropped for the remainder of the series. KL Rahul, meanwhile, won’t be part of the first Test that starts February 5, but will be included from the second Test onwards.

The first two matches of the series will be played during February 5-19 and 13-17 and the players are likely to enter the bubble on January 27 in Chennai.