India-Bangladesh border talks to be held in Guwahati from Tuesday 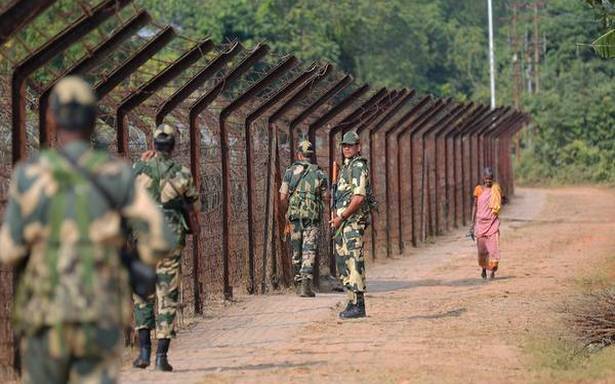 The 51st director general-level border coordination conference between the Border Security Force (BSF) and Border Guard Bangladesh (BGB) will be held in Guwahati from December 22 to 26, an official statement said. This is for the first time in four decades that the biannual conference will be held outside Delhi.

The conference will focus on addressing and streamlining mechanisms on how to jointly curb various trans-border crimes and timely sharing of information between both the border guarding forces, an official statement said.

There will be deliberations on developmental and infrastructure works, joint efforts for effective implementation of Coordinated Border Management Plan (CBMP) and Confidence Building Measures (CBMs), the statement said.

The aim of the talks is to discuss border related issues, and to enable better coordination between both the forces, it said.

The last BSF—BGB conference was held from September 16 to 19 in Dhaka, the capital of Bangladesh.

The joint India-Bangladesh guidelines for border authorities — 1975 envisage that there should be frequent contact between the border authorities of the two concerned countries to discuss matters of immediate administrative concern.

Since then, the meetings between DG BSF and DG BGB were held annually alternatively in India and Bangladesh till 1993.

During discussions between the home secretaries of India and Bangladesh that were held at Dhaka from Oct 7 to 9 in 1993, it was agreed that the director general-level meetings between the BSF and BGB, were to be a biannual event.

In the agreed summary of discussions during the said meeting, it was emphasised that problems in the areas of mutual interests and concerns could be progressively resolved through close contacts and continuing meaningful dialogue at various levels. Accordingly, DG BSF and DG BGB have been holding border coordination meetings twice a year alternatively at Delhi and Dhaka and joint record of discussions of these meetings are forwarded to the Ministry of Home Affairs after each such meeting, the statement said.

Assam’s capital city is the base for BSF’s Guwahati frontier headquarters whose troops guard 495 km of the front, out of the total 4,096 km long India-Bangladesh international border, that runs along this state and some parts of West Bengal.

A special BSF water wing that keeps vigil along the riverine border areas including Dhubri in Assam are under the command of this frontier of the border force.

The current relations between the two countries and the forces are very good and and both the sides will take them forward during these talks, officials said.

BSF DG Asthana, during the last meeting in Dhaka, has said that the killing of criminals along the front will be “made to reduce significantly” even as he reiterated that his troops only fire when their lives are endangered by cross-border miscreants. He had said that death or apprehension of criminals on the border are “irrespective of nationalities.”

“BSF personnel fire with non-lethal weapon only in self-defence when they are surrounded by large number of miscreants armed with dah (cleaver-shaped knife), sticks etc, and their lives are endangered,” he was quoted as saying by a BSF spokesperson.

The two sides are also expected to firm up new standard operating procedures (SOPs) in view of crossing of “significant” number of mentally disabled Indian nationals to Bangladesh, a plan mooted by the BSF chief.

The two forces, after the Dhaka talks in September, had also decided to “share real-time information” with each other expeditiously through formal or informal channels regarding human trafficking, smuggling of narcotics, fake Indian currency notes, cattle, arms, ammunition, explosives, information related to anti-social elements, activities of IIGs (Indian Insurgent groups) and breach or damage of the border fence.