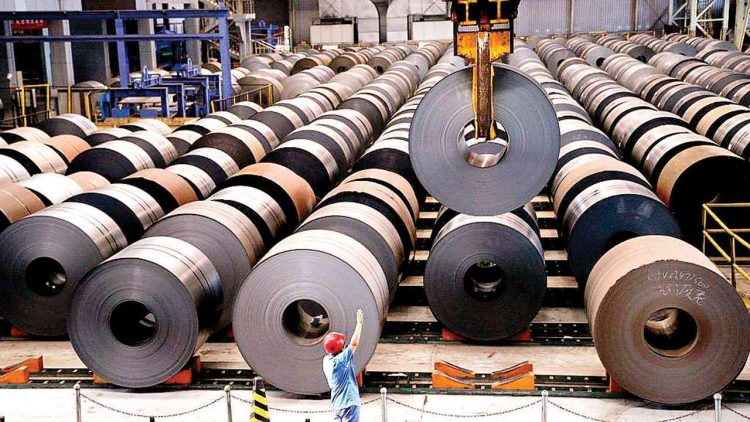 India and Japan have devised a mechanism for cooperation in the steel industry at the joint secretary level and will see both sides discussing a number of issues in the sector including international trade.

India, which is the second-largest producer of steel, still lags behind countries Japan and China in terms of per capita consumption, and the dialogue mechanism will see New Delhi-Tokyo cooperating to increase this.

Both sides on Tuesday signed a Memorandum of Cooperation to herald the cooperation. It was signed by the Secretary of India’s steel ministry Pradip Kumar Tripathi and Vice-Minister for International Affairs, Tanaka Shigehiro representing Japan’s Ministry of Economy, Trade, and Industry.

India and Japan’s collaboration come even as both sides are increasing cooperation in many areas including alternate supply chains in a post-pandemic world. Earlier this year, India, Japan, and Australia came together for a partnership on supply chains and increasingly more countries have shown interest in it.

One of the other key aims of the dialogue will be to increase the quality and quantity of steel being manufactured in India, something that overlaps with Atmanirbhar Bharat and Make in India vision. India plans to expand steel production capacity to 300 million tons by 2030-31.

Both at the private and government level, a number of collaborations have happened in Steel Sector. Last year, ArcelorMittal and Nippon steel announced the acquisition of Essar Steel.

Nippon Steel has established a JV with Tata Steel, which produces high-grade steel to be used for automobiles.

Mitsubishi Corporation and Larsen & Toubro, is working with Steel Authority of India Limited (SAIL) for the modernization of the Rourkela Steel Plant.

At the government level, Japan’s Ministry of Economy, Trade and Industry started exchanges of experts to advance the energy efficiency of steel mills and to expand steel utilization in buildings in India.

Interestingly, it was the large volume of Indian Iron ore from India to Japan that helped rapid reconstruction and economic recovery of the country in the aftermath of world war 2. In fact, in 1960, 30% of iron ore imported to Japan came from India.