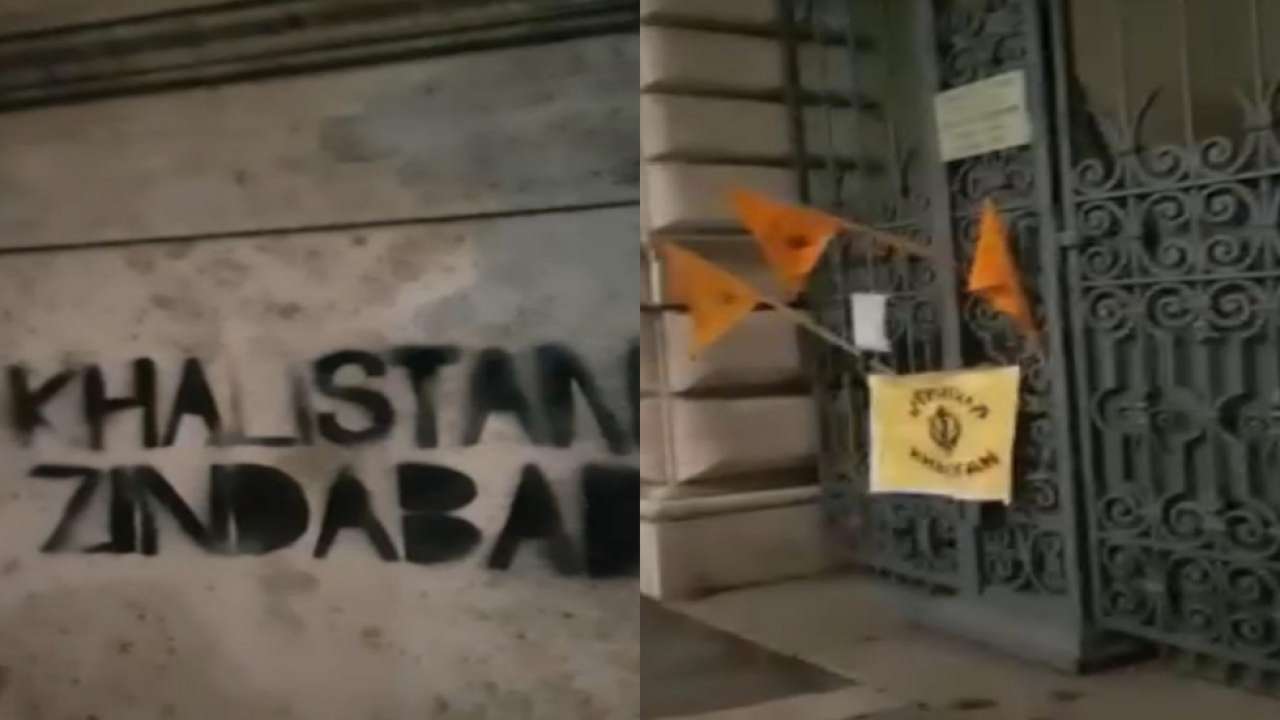 Khalistani flags were put up at night, with the anti-social elements scribbling “Khalistan Zindabad” on the walls. The video was then shot by them and used for propaganda on social media.

In protest, India highlighted that it “was an act of vandalism perpetrated by Khalistani extremists in the stealth of night” with Indian government sources pointing out,”we have taken up this specific incident with the Italian authorities and conveyed our concerns”.

Khalistanis, especially backed by outlawed groups like Sikh for Justice (SFJ) has been active in many Western European countries and North American countries. Before Republic Day, the SFJ had and its leader Gurpatwant Singh Pannu had called for the removal of the Indian flag from Red Fort and announced “2.5 lakh US dollars” for it.

December saw protests by Khalistani elements in front of the Indian high commission in London and the consulate in Birmingham as well. Back then, London’s Metropolitan Police was swift in acting, arrested 13 due to a violation of the pandemic protocols. During the protest was present Paramjit Singh Pamma, who is on National Investigation Agency’s most-wanted list.

The Indian government sources commended the London Metropolitan Police for the “pro active role in preventing any untoward incident at the Indian High Commission in London.”

UK’s strong action since 2019 has prevented any untoward acts by Khalistanis in London in front of the Indian mission. 2019 saw major protests by the Pakistani diaspora who broke the window-pane of the Indian high commission in London.

India has been in touch with many global capitals over the safety and security of Its diplomatic premises ahead of Republic Day. Tuesday, which was India’s Republic saw some incidents by Khalistanis in front of the Indian mission in Washington. In December, Khalistani elements had defaced the statue of Mahatma Gandhi in Washington sparking condemnation by New Delhi and the US government.