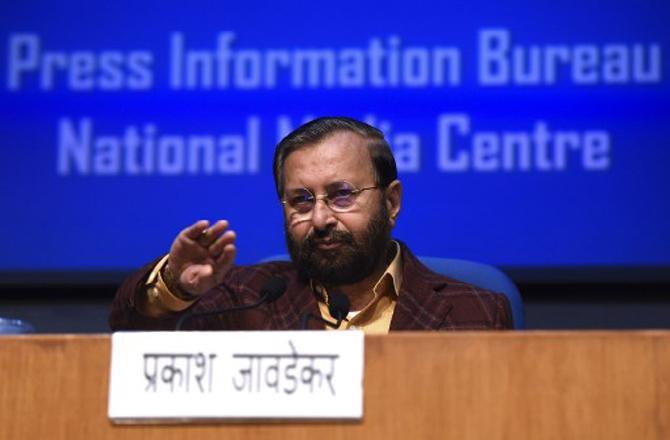 India will host a Global Media and Film Summit next year and it will also set up a special pavilion at Cannes in 2022 on the occasion of Cannes Film Festival’s 75 years celebrations, Union Information and Broadcasting Minister Prakash Javadekar said on Wednesday.

Javadekar made the announcement while addressing the CII Big Picture Summit through video conferencing in which he mentioned that “we are a country where growth of communication technology is phenomenal and this presents a tremendous scope for entertainment and media industry”.

The minister remarked “Animation, Visual Effects, Gaming and Comic (AVGC) is a sunrise sector and our experts are providing back-end support to top filmmakers of the world”.

He added that it was time that these professionals started doing more of this for our own films so that the use of animation and graphics in Indian films grows manifold.

Javadekar also announced that the government is forming a Centre of Excellence in cooperation with IIT-Bombay where courses in AVGC will be provided.

Moreover, he said, the Centre will undertake initiatives to promote entrepreneurship and encourage start-ups in the sector.

Speaking on the occasion, Secretary, Ministry of I&B, Amit Khare referred to amendment in allocation of business rules in November saying the idea behind the change was to bring content at one place while keeping platforms at another place.

Khare also said that the media and entertainment industry has grown and we must facilitate the industry. This pandemic, he said, has opened new avenues like educational technologies and Indian gaming which also have an export potential.

With the year 2022 being the 75th year of India’s independence, celebrations of which will take place within the country and outside, the secretary invited the industry to help project India’s soft power through media and entertainment.

Khare also invited the participants of the summit to the 51st IFFI which will be celebrated in a hybrid mode.