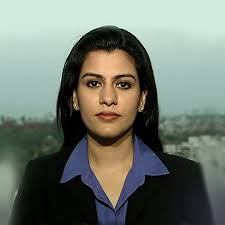 Award-winning India TV journalist Nidhi Razdan revealed Friday that she was duped into believing she had been hired by Harvard University.

Razdan was a news anchor at top station NDTV for 21 years, but said in June she was leaving to take a job as an associate journalism professor at Harvard.

But on Friday, she told her story on Twitter, admitting the teaching position was a hoax designed to steal her personal information.

“I have been the victim of a very serious phishing attack,” Razdan wrote in a statement on Twitter Friday. “Alarmed at the scale of this attack, I have filed a complaint with police and provided them with all the relevant documentary evidence. I did not, in fact, receive an offer from Harvard University.”

Razdan said the job was set to begin in September 2020, but it was later pushed back to January 2021, allegedly because of the coronavirus pandemic.

While Razdan said several “abnormalities” surfaced during what she believed was the hiring process, she believed it was just an irregular situation caused by the pandemic.

However, she recently contacted Harvard University and discovered the truth.

Razdan claimed the hoax “used clever forgeries and misrepresentations” to obtain personal data, as well as access to her email and social media accounts.

Razdan received the International Press Institute India award for her reporting on the Kathua rape and murder case. In 2017, she also  authored the book Left, Right and Centre: The Idea of India.

I have been the victim of a very serious phishing attack. I’m putting this statement out to set the record straight about what I’ve been through. I will not be addressing this issue any further on social media. pic.twitter.com/bttnnlLjuh