Home News India-US defence and security ties stronger than ever before: Ambassador Sandhu

India-US defence and security ties stronger than ever before: Ambassador Sandhu 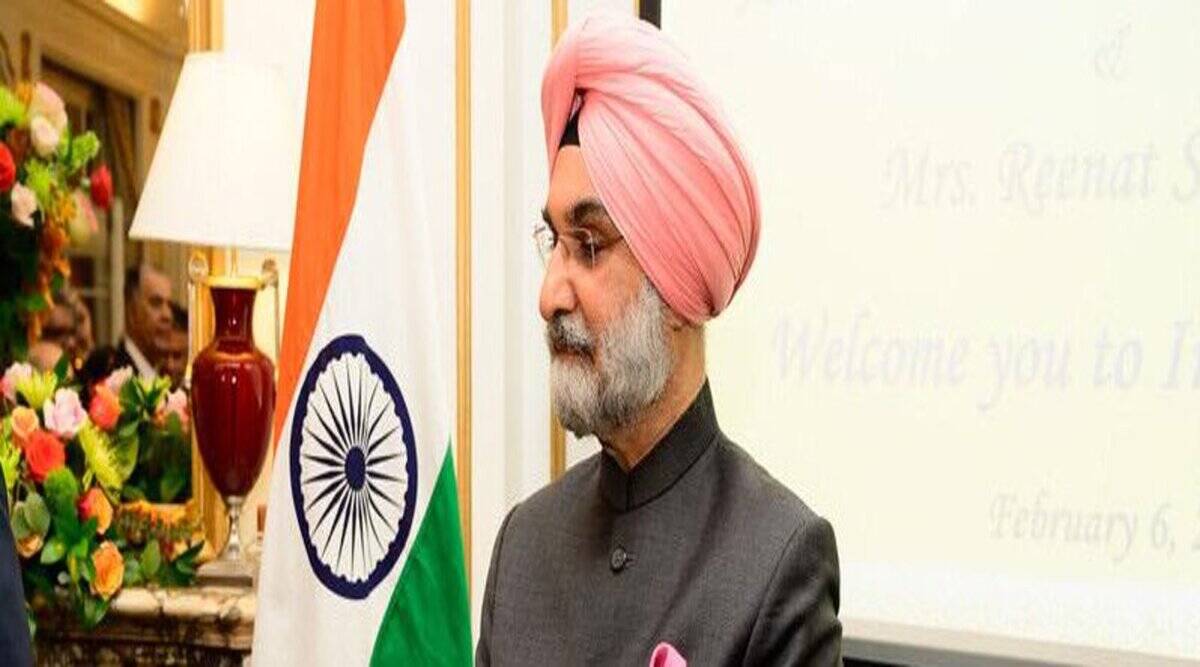 The India-US defence trade, which has grown significantly in a short span of time, now stands at USD 21 billion, India’s envoy here has said, asserting that the bilateral military and security ties are stronger than ever before.

India’s ambassador to the US Taranjit Singh Sandhu said that India’s designation as a Major Defense Partner’ and accordance of Strategic Trade Authorization-1 Status by the US and the signing of the four foundational agreements with Washington will enhance military-to-military cooperation between the two countries.

Our defence and security ties are stronger than ever before, Sandhu told PTI in a recent interview.

Our defence exercises – in bilateral and plurilateral formats, have increased in both frequency, scope and coverage. The recently concluded Exercise Malabar with US, Japan and Australia has been yet another important initiative, Sandhu said, responding to a question on India-US defence relationship at the start of the Biden administration.

Our defence trade has grown significantly in a short span of time, and today stands at over USD 21 billion, he said.

Under the framework of the Defence Technology and Trade Initiative, launched during former president Barack Obama’s administration, the two countries have been working together for co-production and co-development of defence equipment, he added.

Our industries and innovators have been working together to chart-out trustworthy supply chains in next-gen defence technology, and to undertake joint R&D, manufacturing, innovation, and experimenting in new domains of cooperation, Sandhu said.

We are closely working together to ensure a free, open, and inclusive Indo-Pacific. Consistent with our shared strategic interests, we will continue to work together and further strengthen our defence and security partnership, he said.

Defence procurements from the US have been an area of remarkable growth in the last decade. India has procured around USD 18 billion worth of defence items from the US since 2008.

India already has several US military platforms and equipment and many such proposals for new acquisitions are in the pipeline.

The defence procurement activities are monitored through the Defence Production and Procurement Group (DPPG), the last meeting of which took place in Washington DC on June 7-9, 2018.

According to a recent report by the Brookings Institute think-tank, the US defence and security relationship with India is a modest but important piece of the Biden administration’s wider Indo-Pacific agenda and one that will require steady investment and recalibration rather than major redesign.

Ultimately, the administration’s defence ambitions with India will only be realised if it works to rebuild a broader bilateral relationship that is not disproportionately dependent on defence and security ties; is disciplined about setting and resourcing its Indo-Pacific priorities; is realistic about India’s constraints; and is willing to invest in the high-level engagement at the leader and Cabinet levels to sustain an ambitious agenda, the Brookings report said.

The Brookings report argued that the US can do more to articulate its key priorities in engaging India on security issues: first, supporting India’s rise as a constructive global leader and counterweight to Chinese influence; second, limiting China’s ability to coerce India and other states in South Asia; and third, mitigating the risks, and enabling de-escalation, of inevitable India-Pakistan and India-China crises.

It also makes a case for charting reasonably ambitious defence and security goals and avoiding crude conditionalities that would likely prove counterproductive.

According to Benjamin Schwartz, former Director for India in the Office of the Secretary of Defence, former US President Donald Trump pushed defence trade with India and failed.

Biden’s team will push cooperation on COVID-19, climate change, and regional diplomacy and is likely to succeed in building defence trade despite the lack of prioritisation,” he told PTI.

“The reason (is): Biden has hired the best people to work on the issue (Cara Abercrombie and Sumona Guha as White House Senior Directors for example) and created a functional government process, he said.

More and more Indian government officials recognise the value of tangible defence cooperation with the United States in managing the threats from Beijing, Schwartz said.

From intelligence sharing to combined planning to some level of joint operations, we can expect the US-Indian military relationship to continue growing, he said.

However, technology transfer likely won’t be the area of greatest growth because India’s military relationship with Russia isn’t likely to diminish or be walled off in a manner that allows for the closest integration of Indian defence systems with those of the United States military,” Schwartz said.

“The relationship would benefit from both sides focusing on areas of mutual interest that do not involve the most sensitive military technologies, he said.