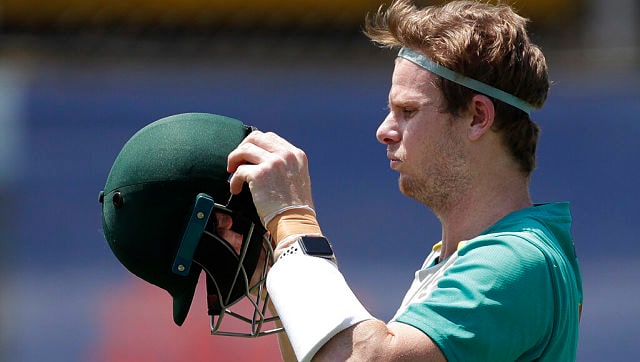 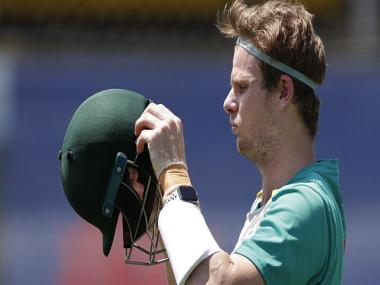 Two years back, when India played Australia at the Sydney Cricket Ground (SCG), Virat Kohli and Co made history. It wasn’t a victory, although the visitors could’ve clinched the Test by an innings or by chasing a smallish target. The Test was a draw thanks to terrible weather and India became the first Asian side to win a Test series in Australia – the scoreline reading 2-1.

The 2019 glory aside, India have never enjoyed playing at the SCG. Since 1947, they have played 12 Tests at the venue and won only once, back in 1978. Since 2000, India lost three and drew the same number of Tests in Sydney. There are moments from the past from which India can draw inspiration and there also a few bad memories that could act as lessons. Going into the third Test at SCG, starting on 7 January, Team India will not be bothered by past or future but what they have done in this series.

They lost in Adelaide after an epic collapse in a span of one session but bounced back emphatically in Melbourne to level the series 1-1. The inspiration for them is how they dominated the hosts in key battles – bowlers not allowing Aussies to post more than 200, skipper Ajinkya Rahane leading by example, Ravichandran Ashwin tormenting Steve Smith, Mohammed Siraj making an impact on debut, and Jasprit Bumrah being Jasprit Bumrah.

Despite the positives, there are still a few concerns for Rahane and head coach Ravi Shastri, but first, let’s focus on the hosts.

What is wrong with Australia?

Their batting. Steve Smith’s poor form has been a big factor. Joe Burns and Matthew Wade did not click as openers. Travis Head has been ordinary. And Marnus Labuschagne got the starts but not the big scores. The big change for the Sydney Test will come in the opening slots with David Warner and youngster Will Pucovski in contention to play the game. Australia head coach Justin Langer and captain Tim Paine said Warner is almost certain for the SCG Test after he missed the first two matches due to a groin injury he sustained during the white-ball series against India.

“He is moving pretty well. He is very determined to play. He loves the competition and he loves playing Test cricket. We will get some final eyes on him at training this afternoon (5 January) and we will make a discussion on that. But I would say, he (Warner) is looking very likely to play the Test match,” Langer said

Warner hasn’t played in the longer format of the game for a year and maybe he still has not recovered 100 percent. Langer did not sound desperate but he will be anxious with the hope that Warner’s return will give the Australian top order a much-needed boost. Langer, Paine, and Smith spoke about how Indian bowlers dictated the proceedings and restricted Australia to barely 2.5 runs per over so far in the series. Warner’s ability to provide a quick start and putting the pressure back on the bowlers will be vital in Sydney. Now that Umesh Yadav is also out of the series, Warner will look to attack two novice pacers from the visiting team.

Will Pucovski’s long wait for a Test debut looks to end in a few days’ time. The talent was always there, and it was just a matter of time for Pucovski to don the Baggy Green. The concussion he suffered during a warm-up match against India, which resulted in him missing the first two Tests, was ninth in his short career. He battled head injuries and mental health issues to finally take his spot in the Test team.

He might not have a great first Test but it’s certainly a start of what could be a long international career. The inclusion of Pucovski will likely push Wade to middle-order and that means Head will miss out in the playing XI. Head averages close to 40 in Tests and in fact he scored a 38 in the first innings in Melbourne, but his mode of dismissals in this series – playing poor shots – will work against him. Australia also have the option of Michael Neser, whose recent form with the ball and bat has been fantastic. That said, Neser for Cameron Green looks unlikely for the third Test.

Can Rohit make a positive impact?

NEWS – #TeamIndia announce Playing XI for the 3rd Test against Australia at the SCG.

Navdeep Saini is all set to make his debut.#AUSvIND pic.twitter.com/lCZNGda8UD

Like Warner, Rohit Sharma missed the first two Tests due to injury and has not play red-ball cricket for a year now. Now fit and ready to go, Rohit has been named the vice-captain of the squad and will open the innings along with Shubman Gill, who impressed with his solidity in Melbourne.

Rohit’s away record in Tests is unimpressive; he averages just 26.32 in 18 matches and considering the injury, the travel from India, and the quarantine period, the star batsman could be a bit rusty. Considering the poor form of Mayank Agarwal and Prithvi Shaw and the fact that KL Rahul is out of the series as well, Rohit is the best bet to open the innings. But can he fare better than Mayank or Shaw? That’s a big question.

Navdeep Saini has been included in the playing XI in place of Umesh. There were speculations about Shardul Thakur getting the green light ahead of Saini because of his batting abilities, but Rahane and the team management decided to go with Saini. While Saini was picked in the original squad for Tests, both Shardul and T Natarajan came in as replacements for Mohammed Shami and Umesh. Former India pacer Ashish Nehra had suggested that Saini should be picked for the Sydney Test because of the “bounce and extra pace” he possesses and going by this logic, his spot in the XI is warranted.

For the second time in a row, India will field a debutant pacer in a Test. Siraj and Shubman’s performance in Melbourne has certainly given Rahane confidence when it comes to trusting the youngsters. Both players backed themselves and relied on their strengths to help India clinch a memorable victory in the previous game. It’s a no-brainer that Saini should also do the same. Bumrah hasn’t played more than 16 Tests but that doesn’t diminish his reputation of being a world-class fast bowler and in Sydney, he’ll be the leader of the pace attack. The trio’s task will only get difficult in Sydney, for this time Australia will have Warner in the XI and a highly motivated Smith, desperate to turn around his form.

Smith had lamented that he allowed Ashwin to dictate terms in this series. Coming this from Smith, arguably the best Test batsman of this generation, can certainly be counted as a compliment for Ashwin but it is unlikely that the Indian spinner will drop his guard just yet.

Ashwin, who’ll reach the 400 Test wickets milestone pretty soon, will care less about compliments at this stage of his career and focus on stuff he has been doing right. He has been rewarded for trusting his strengths and keeping it simple. By virtue of his drift and dip, and the ability to extract just the right amount of turn and bounce from the pitch has made him a lethal weapon in Australia. He bowled to his plan and success followed. Smith now wants to show more intent, he’s raring to be the aggressor against Ashwin’s disciplined bowling. Test cricket will once again be at its best when two masters will battle it out in Sydney.