Home Sports India vs Australia: I can be called a bowling all-rounder, have the ability to bat, says Shardul Thakur – Firstcricket News, Firstpost

India vs Australia: I can be called a bowling all-rounder, have the ability to bat, says Shardul Thakur – Firstcricket News, Firstpost 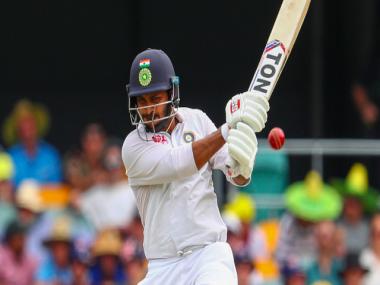 Mumbai: It was a debut over two years after his actual debut and Shardul Thakur says he took a quantum leap from being just a fast bowler to a bowling all-rounder with his impactful show in India’s epoch-making Brisbane Test triumph over Australia.

Thakur snared seven wickets and was India’s top scorer in the first innings, striking 67 while batting at No 8. He, along with Washington Sundar, pulled the team out of trouble by conjuring a crucial 123-run stand. The partnership eventually played a key role in the team’s three-wicket win.

His Test debut was back in 2018 which lasted just 10 balls thanks to injury.

“Yes, I can be called a bowling all-rounder, I have that ability to bat and even in future, whenever I get my opportunity to bat, I am going to contribute useful runs to the team’s total,” Thakur, who has seven first-class fifties to his credit, told PTI in an interview from his home-town in Palghar district.

He could have made it even more momentous at Brisbane with a five-wicket haul but has no regrets on missing out on that as he can’t feel happy enough for fellow pacer Mohammed Siraj, who actually got one.

“No, I don’t regret missing a fifer in the second innings. I mean, it would have been okay if I had taken a fifer but I am really happy for Siraj and I really wished that he should get five wickets, because he was going through a hard time,” he said.

Siraj had lost his father back in India while he was with the team but chose to stay in Australia and complete his national duties despite being given the option of heading back.

“This was an emotional series for him. He (Siraj) lost his father recently and he mentioned that how his father wanted him to play cricket. Even though he is not present here in this world, he is watching him from the heavens and he would have been really happy seeing him taking five wickets.

“So, when I took that catch, I was really, really (happy). I was like, thank god Siraj got five wickets,” added Thakur, who took the final catch which handed Siraj his maiden five-wicket haul in Tests.

The 29-year-old was extremely pleased with his own performance and said it was special because it came amid tough circumstances and against strong opposition.

“…it is not easy to play against Australia in Brisbane, everyone knows their record in Brisbane, they hadn’t lost a Test match (since) 1988 until this one when we beat them,” he said.

“So, to have performed in this game taking seven wickets and also scoring a fifty and being able to majorly contribute in the team’s victory, it really makes me happy,” added the right-arm speedster, who returned with match-figures of 7/155.

When Thakur walked into bat in the first innings, India was 186/6 and he revealed that the plan was to take the game deep.

“I think when I went to bat (in the first innings), my role was pretty clear. We had our chips down, we were 186/6 and the simple plan at that point of time, you know the situation in front of us was, me and Washington (Sundar) batting as much time as possible.

“It was really important for us to hang in there, bat for half an hour, another half an hour, make that one and half, two, and you know to just kill the time in there, take the game, that innings as deep as possible,” he recalled.

According to Thakur, communication was the key to success of that partnership between him and Washington, which eventually was a game-changing one.

“We weren’t looking at the scoreboard at all. Yes, we discussed about the bowlers a lot like what kind of deliveries is Pat Cummins going to bowl or Josh Hazlewood or Mitchell Starc for that matter.

“And each time if someone lost focus or if we felt that our partner is trying to play too many shots, then we would just communicate then and there.

“And I think that communication was the key, which helped us build that partnership, because, on the other hand, we were batting very well,” added Thakur, who received a hero’s welcome at his village on Thursday.