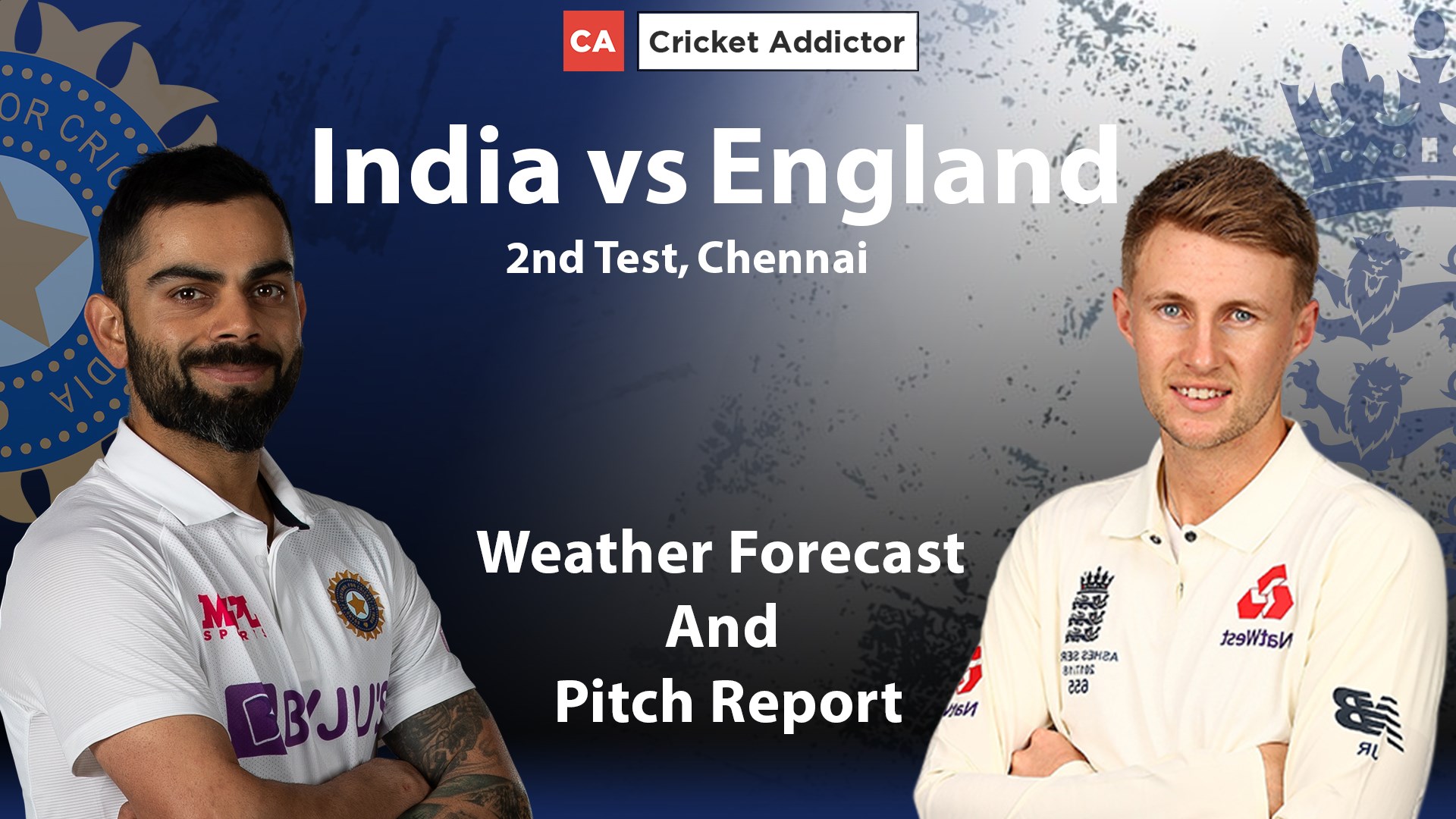 The hosts India and the visitors England will now meet in the second game of the Test series at MA Chidambaram Stadium (Chepauk, Chennai) from this Saturday (13th February) morning.

The second Test between India and England will be played at MA Chidambaram Stadium (Chepauk, Chennai). While it has been scheduled to run between Saturday (13th February) and Wednesday (17th February), all the day will begin at 09:30 AM local time according to the official schedule.

According to the weather forecast, the sky will be mostly clear. Though the first and last days can be played under the cloudy sky, there are hardly any chance of raining during the entire Test match.

During the match days, the temperature can be between 32°C and 21°C. So, the cricket fans can expect another good uninterrupted Test match between India and England. 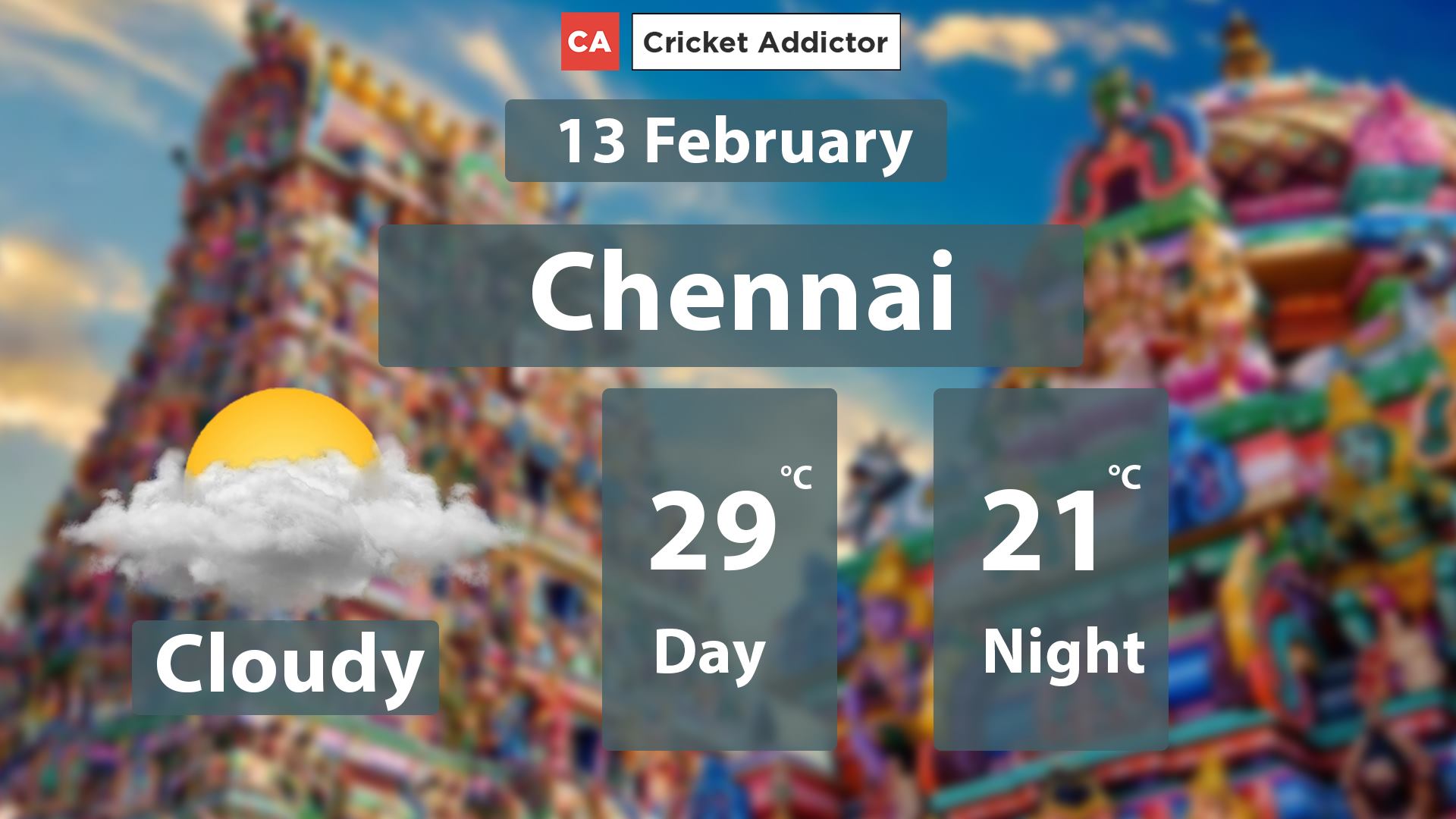 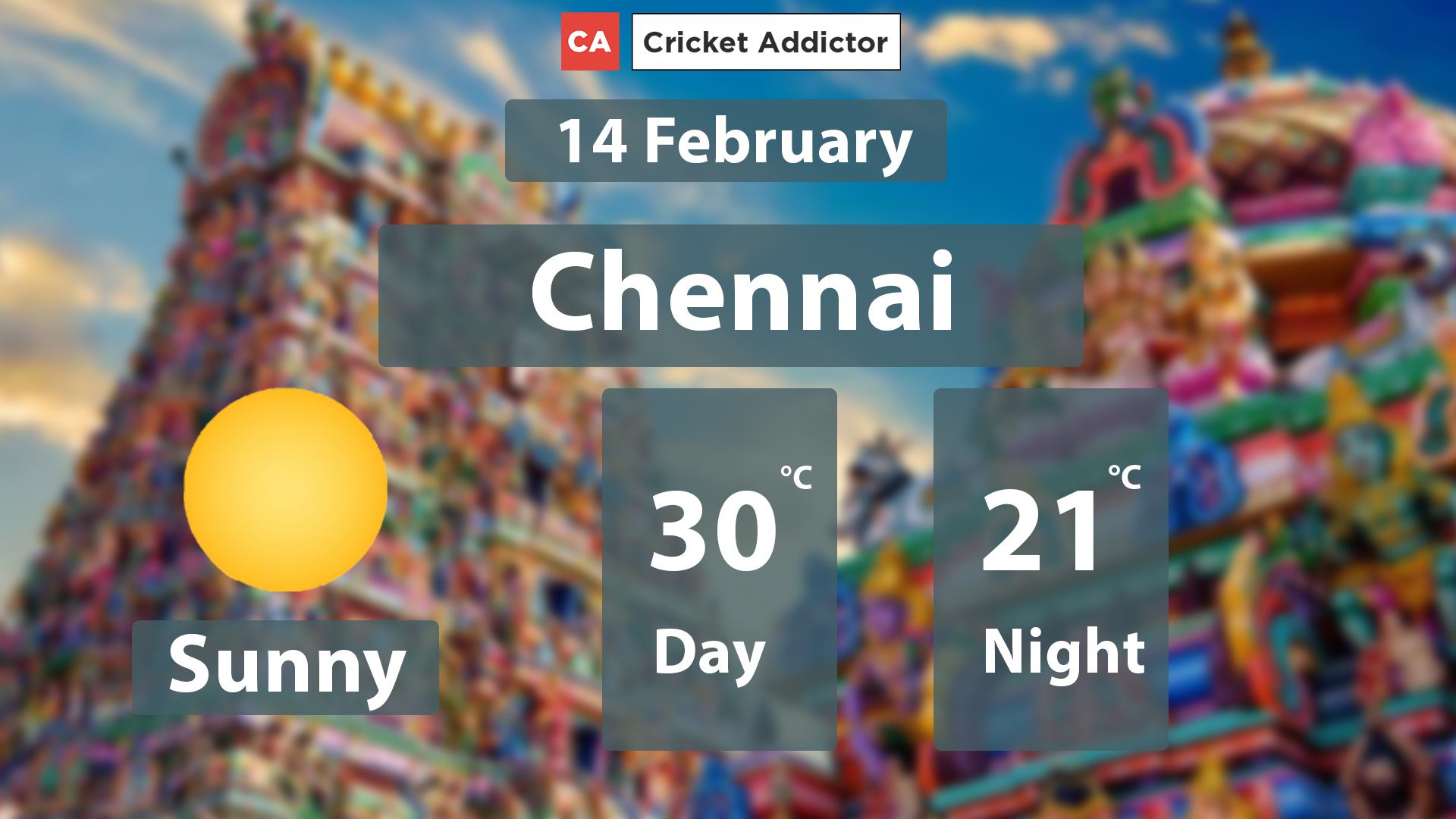 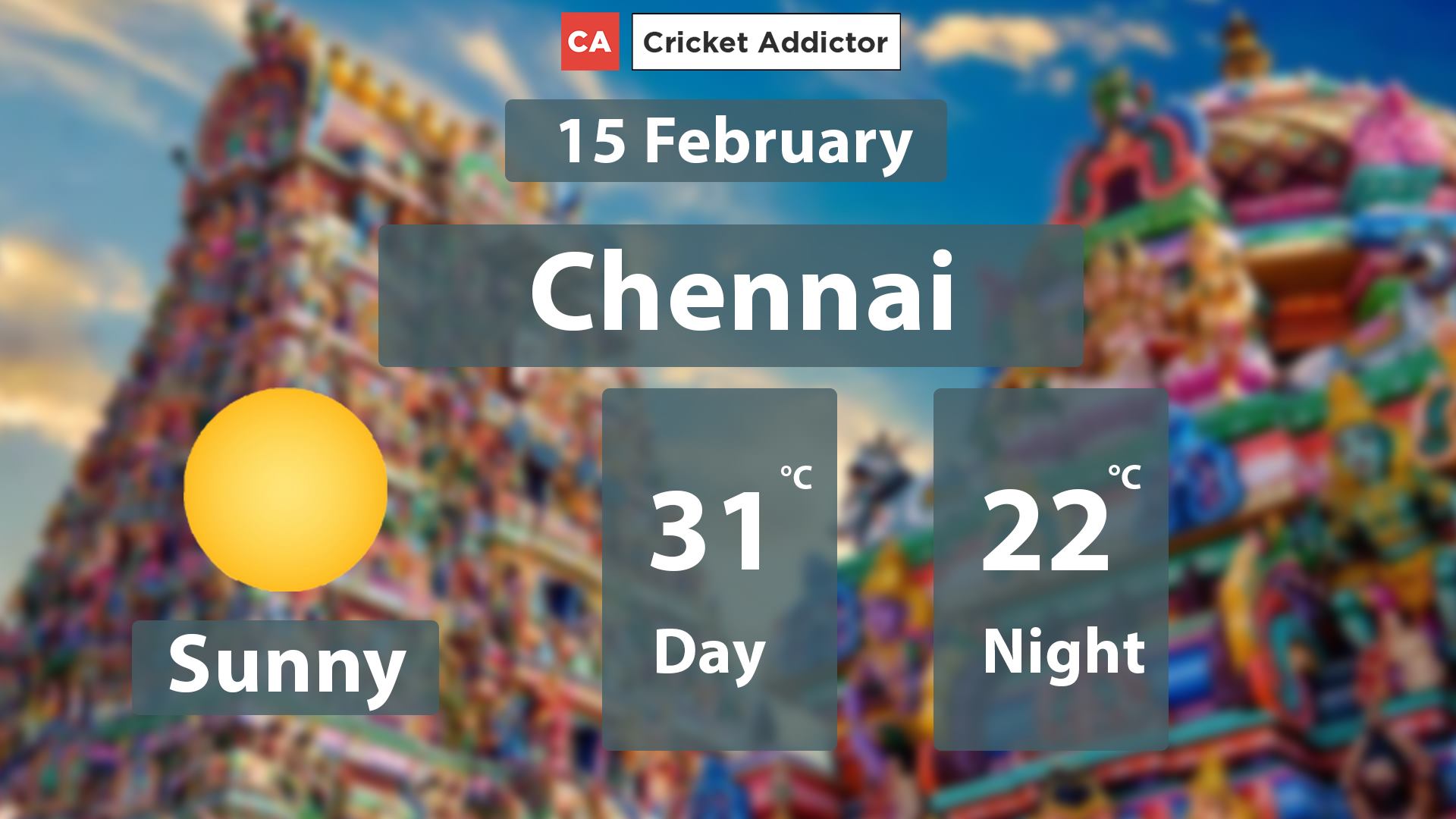 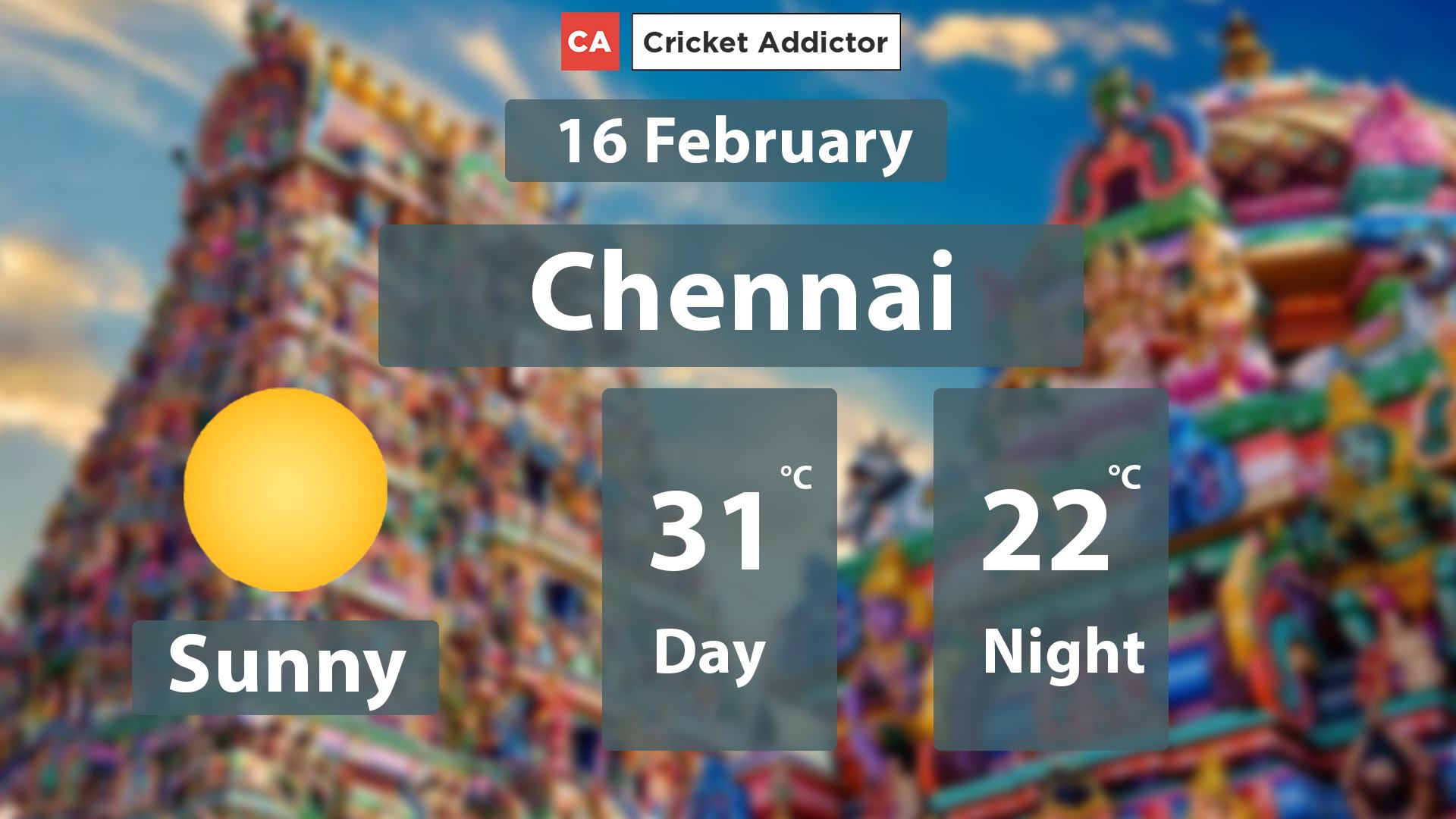 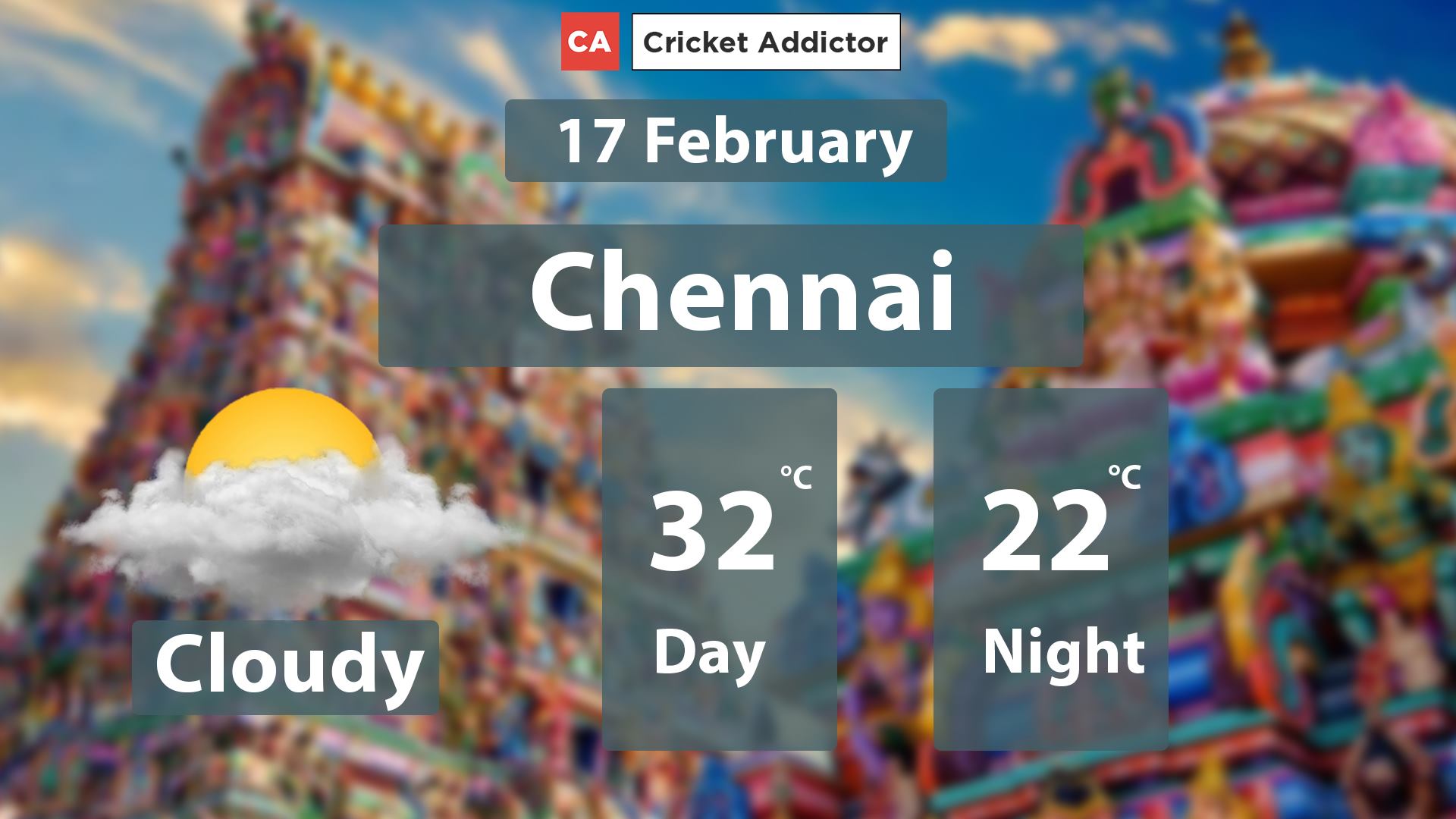 MA Chidambaram Stadium (Chepauk, Chennai) will host this second Test of this series between India and England. This venue already hosted the first Test match of this series where the visitors England won by 227 runs.

According to the latest pitch report expectation, the second Test pitch can be different than the first Test pitch as it can be more helpful for the spinners. So, the toss can be very crucial for both these teams as the toss winning side is unlikely to hesitate for deciding bat first due to the tougher batting pitch with the time progress of the Test match.

Average totals in overall and each Test innings at this venue